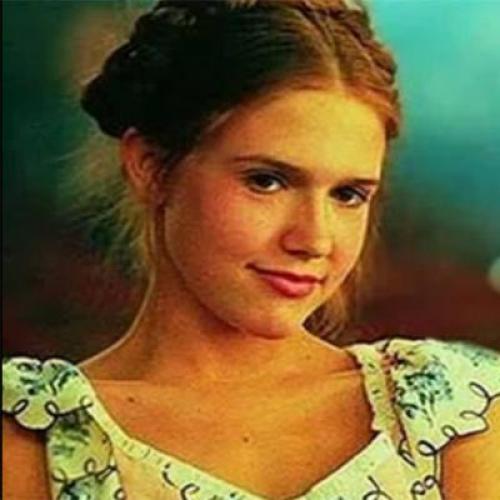 Bill Clinton influences the film world. The missile attacks that he recently ordered have revived interest in Wag the Dog. His personal behavior has extended permissiveness in public discussion; so it has, in some degree, affected the atmosphere in which Lolita (Samuel Goldwyn) arrives. Candor passed a milestone in this country with a comment by a man interviewed on a news program last month: “I never thought I’d have to explain oral sex to my eleven-year-old daughter.” And this is only one of the fractures of reticence that have lately been crackling all around us.

Clinton is not into pedophilia like Nabokov’s Humbert Humbert. Still, his sexual activities and the publicity about them have made a difference, I’d guess, in the possible shock quotient of this film. No one in his right mind, or even a fragment of it, would make light of pedophilia; but a work of art on that subject cannot now be as completely—or merely—shocking today as it once was. “Once” means a year ago.

The film coils and uncoils like a snake in the sun, sinuous, alluring. In essence, even though essence is not really enough, it is much closer to the novel than the 1962 version, nominally adapted by Nabokov himself. He later said that Stanley Kubrick’s film was “first-rate, but it is not what I wrote.” Stephen Schiff made the present adaptation, which is published by Applause. (He notes that he retained a few lines from an earlier, discarded version that Harold Pinter wrote for this production.) Schiff calls Lolita “the greatest American novel of the postwar era.” Even while gurgling some dissent about “American” and the implied slaps at Bellow and Pynchon, we can admit that Schiff has honored his high opinion with a screenplay that, in sum, does about as well with the novel as a screenplay could.

The director, Adrian Lyne, who has specialized in suave renditions of such steamy material as Fatal Attraction and Indecent Proposal, keeps this new film gliding. He repeats visual effects—too often he frames shots with an irrelevant object large in the foreground, just to surprise us—but he has a gleeful sense of the physical. In the flashback sequence of Humbert Humbert at 13, with a girl of 12, we can almost scent the warmth. Later, with Lolita herself, Lyne suffuses us with the feel of her clothes, the silk of her skin. In the novel Humbert calls her “my hot downy darling,” and so Lyne renders her. A few of Lyne’s touches are lumpy, like the symbolic shot of flies caught on flypaper, but, during the cross-country trek of Humbert and Lolita, Lyne dabs in enough earnest/ludicrous American topography (a motel that consists of wigwams) to underscore how far afield this European intellectual has been led by his glands.

Humbert is now Jeremy Irons. Not long ago I saw the Kubrick film again and was again convinced that, thin though the screenplay is, James Mason is the ideal Humbert. He gives us a doomed man, conscious of it, accepting it. Mason once predicted that Lolita would be filmed again; and here is Irons in the role, giving it his customary vestments of intelligence and sensitive reticence, but at his deepest he is no more than melancholy. Mason suggested a tragic fall.

Dominique Swain seems both younger and older than the first Lolita, Sue Lyon. Literally Swain is younger than Lyon was; but she deals more cannily than Lyon with the power bestowed on her by the development of her body. Swain combines a child’s delight at a new toy, sexual attraction, with a woman’s knowing use of it. She blends her liking for comic books and jawbreakers with her precocity in bed. The film is careful never to display her breasts, but her body is still the real site of the drama.

As Lolita’s mother, Melanie Griffith at last finds a role that her squeaky voice fits suitably. She lacks the pressing yet pitiful vulgarity that Shelley Winters gave the woman, but she is pathetic enough. Once again, Quilty is a problem. The earlier version had a bit too much of Peter Sellers, as chameleon star; this new Quilty has a converse problem. As the demonic nemesis, Frank Langella has too little flavor, and he is tenuously attached to the story. In character terms it’s the chief weakness in the adaptation: the role is treated almost as if the audience has read the novel and will know who and why Quilty is.

But Quilty is not the basic trouble—and unfortunately there is one. Though this film is fuller than Kubrick’s, it too fails the novel. Probably any film must fail, because Lolita cannot truly exist outside the novel. Nabokov gives us the chronicle of Humbert’s perversion in coruscating prose; and that prose is where the story lives, as porpoises live in the sea.

Nabokov said of his upbringing: “I was a perfectly normal trilingual child,” but because of circumstances, “I had to abandon my untrammeled, rich and infinitely docile Russian tongue for a second-rate brand of English.” Even if this is only a coy way of drawing attention to his latter-day mastery, it still is mastery. Humbert Humbert’s saga is spun in gorgeous language that is outside the domain of film.

Of course it’s common to sigh about a picture made from a superior novel that, however good, it cannot compensate for the loss of the medium in which the work was conceived. But with Lolita this is much more true, not only because of the quality of the prose but because that prose is used to recount a story of deviance. True, as Alfred Appel, Jr. points out in The Annotated Lolita, Humbert eventually comes to a “declaration of genuine love and, finally, to a realization of the loss suffered not by him but by Lolita”; but these passages seem last-minute attempts to balance the book—in which Humbert has called himself a pervert, a victim of pederosis. Additionally, Nabokov uses a foreword by a fictitious Ph.D. to weigh in on the “respectable” side, and he uses mors ex machina to deliver both his principals from the long-range results of their behavior.

Still, Nabokov wrote a flaming rhapsody about the love affair of a mature man and a twelve-year-old girl. (By the way, the screenplay never uses the word that the book made famous: nymphet.) He tempered the story slightly with small apologetics, but for the most part the book exults in ecstasy, like the work of Sade or Huysmans or Choderlos de Laclos. Lolita, through its very beauty, touches taboo depths in us just as those other authors do; and it seems to me both ridiculous and offensive to a major artist to say that this book is anything other than a soaring canticle of socially unacceptable erotica. The Clinton era makes the action of the novel, adapted to the screen, less egregious, but the action as such is only a synopsis of the work. Shorn of Nabokov’s language, as it must be, any film of Lolita, even one as adequately made as Lyne’s, must seem somewhat gaunt.