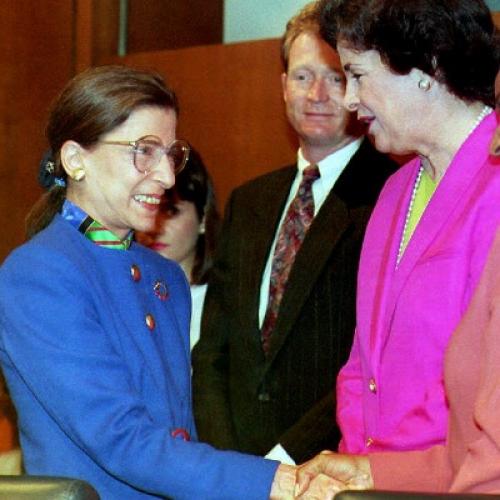 We were apprehensive when President Clinton announced his criteria for assessing Supreme Court candidates: “Find me somebody who when the name is heard people say, ‘Yes. Wow. A home run.’” The appointment of a justice is an occasion more of intellectual than political importance; and since World War II, the leading judges and scholars have been too little known outside the legal community to generate much popular excitement. Perhaps for that reason, presidents since FDR have all but abandoned the tradition of picking the best candidates, relying instead on cronies, ideologues or benign obscurities.

With the nomination of Ruth Bader Ginsburg, however, Clinton has broken the mold. And perhaps we can be forgiven for scarcely containing our enthusiasm. It was TNR’s early endorsement that helped bring Ginsburg’s merits to the White House’s attention, at a time when most liberals were dismissing her for her politically incorrect views on Roe v. Wade. Fortunately, after the longest search in memory, the logic of her appointment became clear to the president himself.

For this Clinton deserves unstinting credit. There is something blinkered about Washington’s obsession with the selection process, as if the process can somehow be separated from the candidate it produces. Of course, we would have preferred a quicker decision, free of near misses like Mario Cuomo. But these unfortunate diversions will soon be forgotten. When the president settled down to make his decision, he did something neither of his immediate Republican predecessors had done. He chose between two federal judges—Ginsburg and Stephen Breyer—who can be described without irony as the country’s most scholarly Democrats, the best regarded by liberals and conservatives. While Ronald Reagan and George Bush talked cynically about separating law from politics, Clinton proved that he actually meant it. Not since Gerald Ford picked John Paul Stevens has a president taken his constitutional stewardship so seriously.

And not since well before Stevens has an appointment been so clearly right. Ginsburg is, as we noted months ago, the Thurgood Marshall of the women’s movement. She is a civil libertarian and a scholar who combines intellectual independence with personal integrity. But her most important quality, the one that sets her apart from her pragmatic predecessor, Byron White, is this: she appears to have a constitutional philosophy.

There is something amusing about the profiles that have portrayed Ginsburg as a schoolmarmish technocrat. For her philosophical vision is rooted in the equal protection clause. She argued, years before it was fashionable, that the Fourteenth Amendment is a more plausible home for abortion rights than the ill-defined right to privacy. As for the argument that her temperament is ill-suited to coalition-building, the conservative justices need a good mental fight more than they need consensus. And if anyone can provide a counterweight to Antonin Scalia, it is his favorite liberal, Ruth Bader Ginsburg.

Predictions about judicial performance are hazardous. Frankfurter turned out to be more influential as a journalist than as a constitutional theorist. But Ginsburg comes to the Court with the instincts of her greatest predecessors: political liberalism and judicial conservatism. Her conservatism, like theirs, reflects not mindless deference but a willingness to be restrained by constitutional text, history and structure. It remains to be seen whether she can transcend the precedents that have guided her until now. If she is able to project her vision of equal protection in ways that go beyond case-by-case balancing, she will become a great justice, rather than what she already is: a great judge.

Bill Clinton, the first president to have taught constitutional law since Woodrow Wilson, has come through in the pinch. Even if the deficit soars, the health care package flops and the voters turn him out after one term, he can be proud of this sterling decision. In Ruth Bader Ginsburg, he has chosen a justice who has the potential to bring everlasting honor to his name.

This article appeared in the July 5, 1993 issue of the magazine.