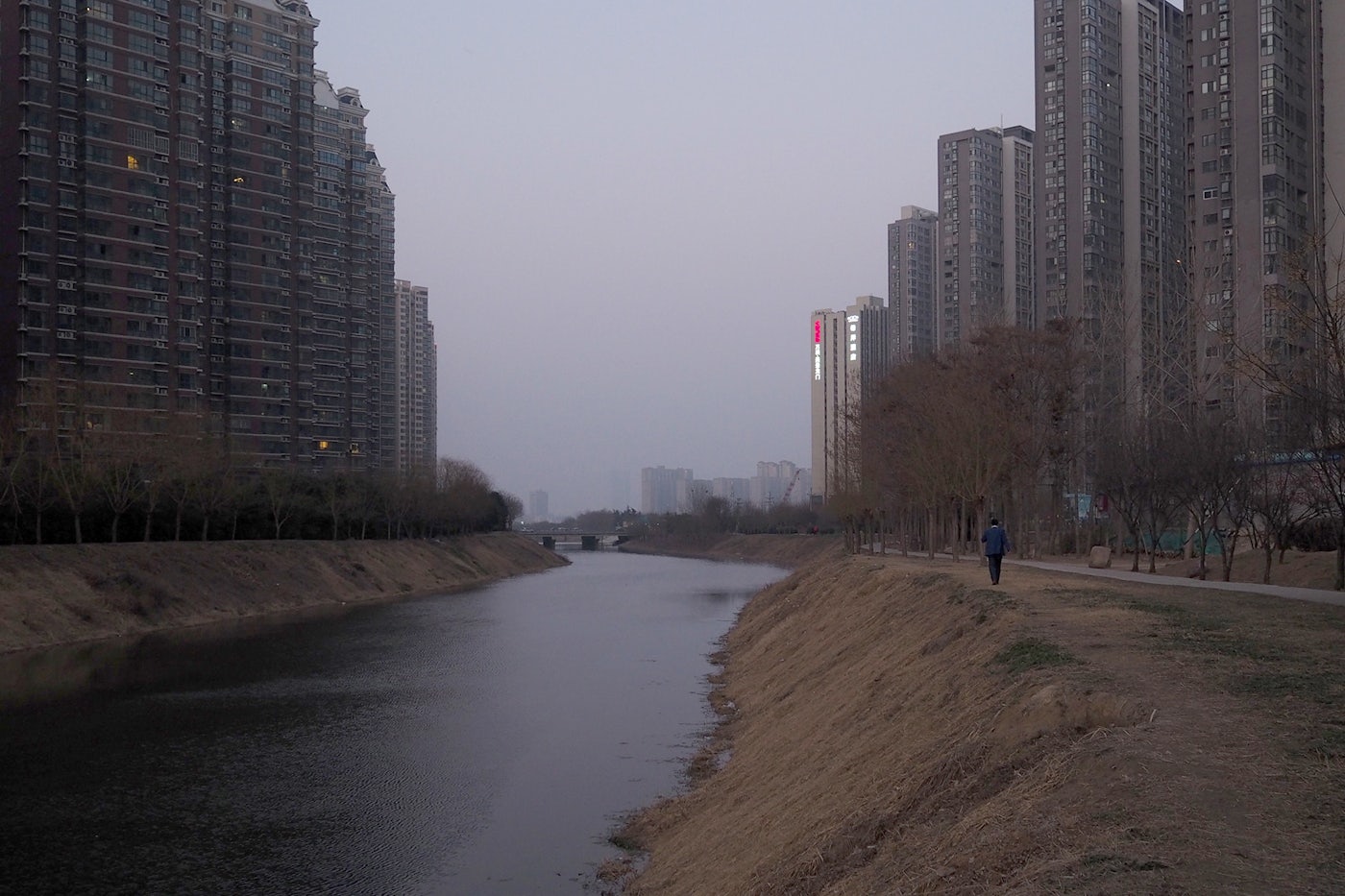 An estimated 10 million people live in Zhengzhou. But lately, the streets have been empty, resembling frames from a postapocalyptic movie.

The city already felt different at the end of January, when the New Year holidays began in China. During the Chinese New Year, most Chinese residents leave Zhengzhou for their hometowns, villages, and other destinations to celebrate with family. But this year was different. As anxiety mounted about the coronavirus epidemic, many canceled their trips. Zhengzhou is about 500 kilometers from Wuhan—ground zero for the outbreak.

At first, Zhengzhou restricted public transport and canceled intercity bus services. Security workers began to check people’s temperatures at the entrances of subway stations and residential complexes. DiDi car service, the Chinese version of Uber, stopped operating. Kentucky Fried Chicken, where I usually buy coffee and which has a large presence in China, followed suit. Most stores and public places closed, with the exception of supermarkets and small shops with essential goods.

Rumors started early and spread online. I began to receive anxious messages from my friends back in Russia, asking how I was doing. Someone said she had heard that the Chinese government was burning bodies to hide the real number of fatalities. Another friend of mine suggested that I shouldn’t eat bananas because they could spread the virus—a myth. Chinese friends recommended that I stay at home.

I had decided early in the outbreak to stop using public transport for a while. But sometimes I went for walks. It was rare to encounter other people. Those who were out kept their masks on even in empty streets. At times, the walks were pleasant: It is almost impossible to see an empty China, under normal conditions. But it was frightening and anxiety-inducing to see any city in such an eerie state.

Living in Zhengzhou without a government ID, and wary of being asked by officials to produce my documents, it was hard to get a sense of what was going on. I received a message from one Chinese girl I know who informed me that the people of Zhengzhou were forbidden to leave their houses and that there were many policemen on the streets. Volunteer containment workers with red armbands appeared in our apartment complex, and the complex’s security staff began to check documents at the entrance.

I began to go out less often. I spent 17 hours on Instagram the first week of the quarantine measures in our complex, watching stories and news and texting and video-chatting with my friends. It was nice to see some pictures of normal life.

My sleep schedule grew erratic—I started to go to bed in the morning and wake up in the evening. I binge-watched films and TV series, read several books, and spent some time in a chat room for Russian speakers. At first, people shared darkly humorous coronavirus memes. The mood switched from mocking to hysterical as the reported numbers of infected people began to rise.

Pictures began circulating online of people improvising face masks out of fruit rinds and cardboard—even plastic bags—as stores ran out of real masks. Inspired—and conscious of my own dwindling supply—I dealt with my anxiety by shooting self-portraits, trying a few of the ideas myself. You can’t just stop by the pharmacy for more masks these days: The government has started controlling the sale of masks, requiring IDs through the special online-purchase form. Since I don’t have a Chinese ID, that’s not an option for me, and the store I bought my one package from doesn’t sell masks anymore.

Asking around on WeChat, I heard many different stories of the quarantine and informal isolation measures imposed in Zhengzhou, which seemed to vary from apartment complex to apartment complex. One friend told me residents in her community were allowed to leave only twice a week with special passes. A man in a chat room said a friend of his had been quarantined after a taxi ride—officials said someone who had tested positive for the virus had ridden in the same cab, and all passengers who used this particular taxi service were subject to quarantine.

After four weeks of people’s movements being restricted by security at their residential complexes, Zhengzhou has started to come to life again. People have returned to the streets, and restaurants and cafés are opening again for delivery and takeout. People say normal life will resume soon.

What struck me most at the height of the quarantine was the uncertainty—the swirling of rumors. I wish people were more thoughtful in these situations, rather than spreading unverified information. The isolation of the quarantine measures, along with rising infection numbers, create constant anxiety. It’s a small step from that anxiety to mass madness.

Scenes from my walks