Green Jobs Are the Answer to the Coronavirus Recession 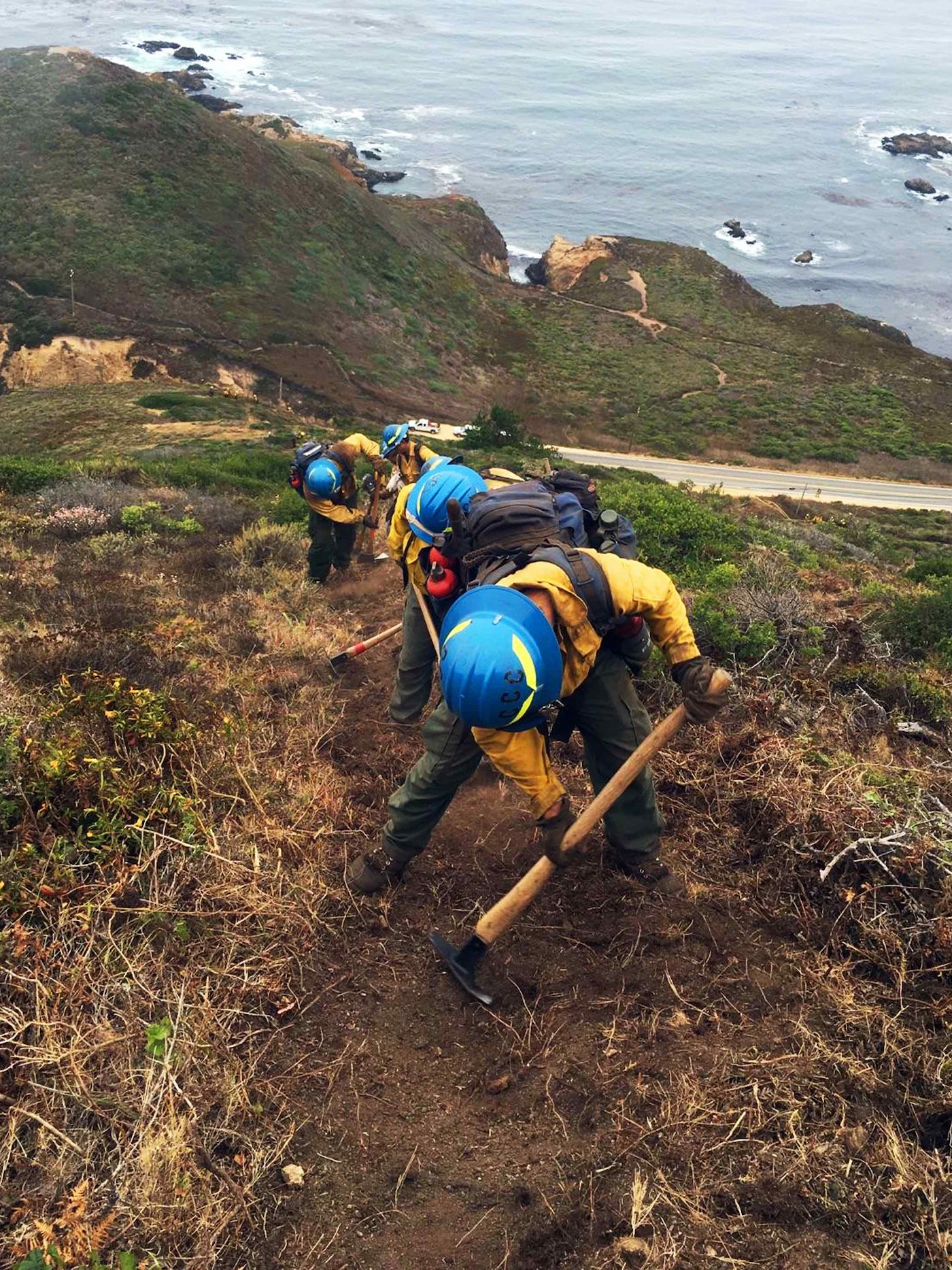 The American economy is headed for a recession. As many as three million people could be out of work by summertime, even with a modest stimulus, the Economic Policy Institute predicted on Thursday. A new poll finds that, already, nearly one in five workers in the United States has faced layoff or a loss of hours because of the coronavirus. Among workers making less than $50,000 a year, that figure jumps to one in four. Jobless claims in Colorado have increased seventeenfold since last Monday. Thanks to the coronavirus and the shutdowns needed to fight it, people across professions now face months of lost wages: bartenders, musicians, bouncers, baristas, blackjack dealers, home health aides, waitstaff, retail workers, and flight attendants, to name just a few. Teachers working in public schools, whose funding depends on local tax bases, will also face harsh cutbacks as unemployment skyrockets. A recovery package could simply—and probably unsuccessfully—try to get the economy back up to where it was before the Covid-19 shutdowns took hold, complete with its decades of wage stagnation, exploding carbon emissions, and staggering inequality. Or, with politicians newly willing to spend, it could build a carbon-neutral, significantly stronger and fairer society—and put millions to work doing it.

In recent days, politicians have floated several commonsense short-term solutions—many of them originating with various social movements: paid leave; direct cash payments of $1,000 or more to American adults, possibly every month while the outbreak lasts; a moratorium on rent and utility payments—or at the very least on evictions and shutoffs. But as what may prove to be a deep and painful recession lasting far beyond the coronavirus sets in, more than quick cash and temporary relief will be needed. A breaking wave of corporate bankruptcies—an event the Fed is now scrambling to contain—could leave hundreds of thousands more unemployed in its wake. Helpfully, the magnitude of the Covid-19 threat has broken open the idea that deficits are more important than meeting pressing public health and economic challenges. Even Mnuchin told reporters on Tuesday, “This is not the time to worry about” the deficit, floating a stimulus that could add up to more than $1 trillion—a size Obama’s top economic adviser, Larry Summers, balked at a decade ago.

As the hardly radical New York Times editorial board wrote yesterday, even right now, while many of us are effectively housebound, the government could put to work those rendered wageless or unemployed by the coronavirus shutdowns, in a wartime-style mobilization to blunt its impact:

The government could train America’s newly unemployed to sanitize hospital equipment or to deliver food to the elderly and the immune-compromised. Child care for hospital workers on the front lines is desperately needed. Through a new public works program, corps of people could implement infection control in nursing homes and other high-risk facilities—or teach workers of all kinds how best to protect themselves. There could even be a network of individuals tasked with making phone calls to combat loneliness for people in nursing homes and prisons while they’re unable to receive visitors.

Before the immediate mobilization around World War II, the years leading up to it saw federal jobs programs employ millions in work the private sector simply didn’t see as important enough to create. The Civilian Conservation Corps and Works Progress Administration paid some 12.5 million people to do everything from planting trees to building bridges to writing plays. Full employment was an animating demand of social movements through much of the postwar era, which led to it being featured in the Democratic Party platform until 1980.

In more recent years, progressive economists and a number of current and former Democratic presidential candidates have backed the idea of a federal job guarantee consistent with a Green New Deal: The U.S. government would permanently become the country’s employer of last resort through a program that’s always in place but kicks into high gear during an economic downturn and then shrinks when people find work elsewhere in the public or private sector. One possible benefit to such a program is that it could provide an alternative to low-paid work bound up in carbon-intensive supply chains like those at McDonald’s and Walmart—currently the only employment on offer in many communities around the country. It could put people to work doing tasks the country urgently needs—including those that actively fight climate change and its impacts, instead of simply spewing carbon into the atmosphere. It’d be popular, too: 70 percent of voters support the idea of a federal job guarantee.

“They must be meaningful jobs,” said Coretta Scott King, a dogged job-guarantee advocate, when asked what government-provisioned work might entail in an interview tweeted out this week by historian David Stein, “in areas where there are human needs and in areas of education, medical care, housing. Those areas where there is a great shortage in terms of meeting people’s needs.”

As in the last recession, there’s a particular benefit to so-called “shovel-ready” projects—ones that can put people to work immediately. While it’s sorely needed, big infrastructure build-outs can now take months or even years to get off the ground, requiring regulatory approvals and bidding processes. Any major new direct-hire program would still take some time and careful planning to set up, but there’s plenty of work that could be done virtually right away. Much of it wouldn’t involve any shovels at all.

Researchers at Bard College’s Levy Institute have proposed that the Department of Labor could, in administering a federal job guarantee, make use of its already-existing American Jobs Centers around the country, which can compile repositories of available work that fulfill the desired set of criteria. “Municipalities, in cooperation with community groups, conduct assessment surveys, cataloging community needs and available resources,” Pavlina Tcherneva, author of the report, wrote in 2018, while the Labor Department itself would make “‘requests for proposals’ indicating that it will fund employment initiatives by community groups, nonprofits, social entrepreneurial ventures, and the unemployed themselves for projects that serve the public purpose,” with an eye toward not displacing existing employment. Much of this work would be green, and—in addition to any sort of bigger public works—could bolster the social infrastructure key to a more resilient and lower-carbon society. And that could start right away.

As The New York Times suggests, direct federal hiring could employ people to make phone calls to the elderly, checking in on people who might go days or even weeks at a time without talking to anyone at all. While for the duration of the pandemic this would have to be over the phone, once it’s safe these conversations could become regular visits, helping to meet the crisis of care head-on alongside federally supported universal childcare.

In cities, the formerly jobless could get to work making coastlines more resilient against future storms and floods. Tending community gardens in dense city areas could help alleviate the urban heat-island effect. And federally hired workers in the South could plant mangrove trees along the water, protecting against erosion as they suck up carbon dioxide, as part of a broader push to plant those Trillion Trees the Trump administration seems so keen on. Workers in the Permian Basin could clean up and reclaim decommissioned rig sites as nature preserves. There’s a multitude of ways we could employ workers to make agriculture more resilient to increasing temperature fluctuations—while simultaneously making it emit less, or even turning it into a carbon sink.

After months of Covid-19-induced isolation, bingeing Netflix and endlessly scrolling through social media, people are likely going to want to go out to be outside and among other people. Leisure was one of the biggest line items of New Deal spending programs, which sponsored everything from trails to hunting lodges and public beaches. Revivals of the WPA’s Federal Theater Project, Federal Writers’ Project, and Federal Art Project could give well-paid and steady jobs to performers who’ve spent months out of work due to coronavirus shutdowns, producing a new generation of plays, books, and even travel guides for all 50 states. Writers could be paid, as Zora Neale Hurston was, to collect oral histories to be archived in the Library of Congress. Direct-hire workers could plan music festivals in public parks around the country, with booths for local small businesses to sell craft beer and finger food sourced from farms in the area.

This isn’t an exhaustive list. It’s also not mutually exclusive with federal support for trade schools and graduate degrees to work in the clean energy sector, or union apprenticeship programs that can train a new generation of workers—including those transitioning out of jobs in the extractive sector—to electrify buildings and make them more energy-efficient. A wide-ranging federal green job guarantee has a number of potential benefits beyond the obvious: For example, by paying workers fairly, such jobs could establish a wage floor at $15 or $20 an hour—against which the private sector would have to compete. It could also institute a four-day workweek, which a growing body of evidence suggests would drastically slash emissions by cutting commutes and reducing the energy load from lighting and heating offices, with myriad benefits for both the climate and the way people live and consume.

Thinking creatively in such a dire crisis—about silver linings and opportunities—can feel inappropriate, even irresponsible. But the American right has already come up with a variety of stimulus ideas to funnel money to its allies. As evidenced by proposals underway to prop up the fossil fuel industry, the choice right now is between crisis responses that double down on the dangerous policies of the past few decades or those that help shift society and the economy in a better direction. How lawmakers respond to Covid-19 and its economic fallout could either protect the next century from the persistent crises threatened by rising temperatures, or make them far worse.

Kate Aronoff is a staff writer at The New Republic.