I Was Already Underwater as a Cab Driver in New York. Then the Pandemic Hit.

Some of us drivers have a group chat, and most of the guys are in exactly the same situation—they can’t work. 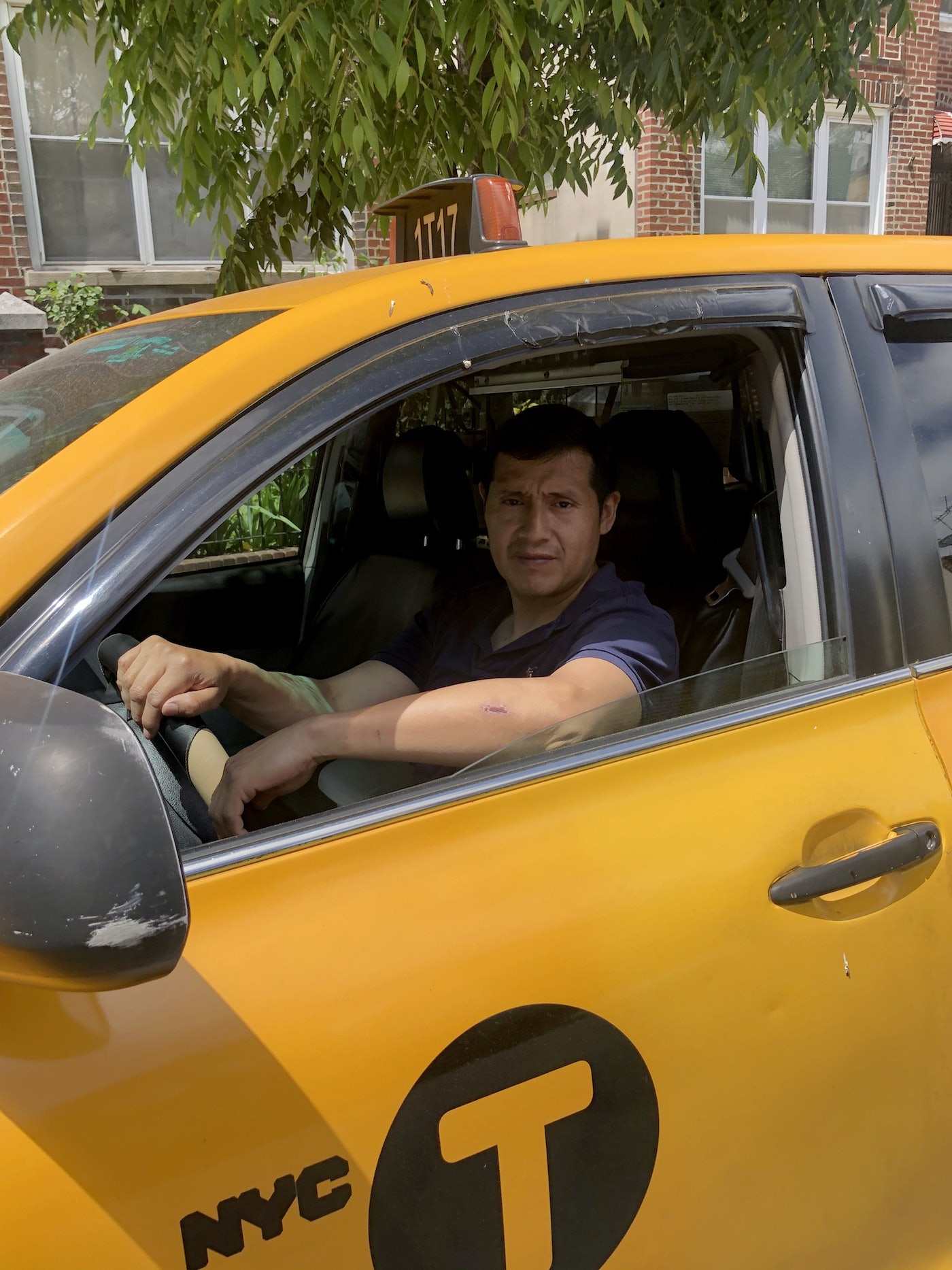 I live in Woodside, Queens. I’m originally from Ecuador, but I’ve been living in New York for 24 years and driving a cab in the city for almost 19 years. I realized that the coronavirus was going to be a serious problem for taxi drivers as soon as I saw what was happening in China on the news. That’s when I thought, Drivers are going to be in trouble if they shut down the city like they did over there. And soon there was almost no one out on the streets.

Right now I’m not working. I live with and take care of my mother. She receives dialysis three days a week, so I need to be careful—I don’t want to put her at risk by going out and driving. A lot of other cab drivers aren’t working at the moment, either, because people just aren’t out, and no one can pick up fares. I’ve been hearing from some drivers who are still working that right now they’re only earning around $40 to $60 each day. Some of us drivers have a group chat, and most of the guys are in exactly the same situation—they can’t work.

I’ve tried to apply for unemployment a couple of times. I first applied online at the beginning of April and didn’t receive a call or any kind of response from the Labor Department. I was finally able to get in touch with them at the end of April, and even though I had already applied for benefits, they said they didn’t have any of my information on file. So I had to complete the application all over again. I received one payment of $600 maybe two weeks ago, but that’s it. The other day someone from the Labor Department called me again and said my application was still incomplete in their system. I told them that I’ve been doing the certifying process every Sunday, but I still haven’t received any other payments. Right now I barely have money to eat. My sisters and my niece are helping my mother and I, and bringing us food—they’re basically supporting us right now.

I own a taxi medallion, but I’m in foreclosure. Even before the pandemic, I was already underwater, as a medallion owner, and behind on payments because the streets were so slow. I had to spend more and more hours working in order to make money. When the city opens up again, I’m thinking of looking for other jobs. But I don’t know what to do. Maybe I could work in construction. It’s hard to even think about right now.

Uber and Lyft have impacted the industry so much. Fares are way down. And that was even before the pandemic started. Even back then, if you drove a fare to an airport, like to JFK, it wasn’t always worth it to wait there to pick up another passenger to take back to the city. You might have to wait in the taxi lot for three or four hours just to get another fare back to the city because so many people leaving the airport were just calling Uber or Lyft rather than using the taxi stands.

Lots of medallion owners are behind on loan payments, and Marblegate [the hedge fund that currently holds the loans] has said they’re going to auction the foreclosed medallions in July. I can’t even really talk to them right now because I’m not working—I don’t have money, so how am I going to negotiate with them on making payments? At first, Marblegate was going to auction the medallions in March, but the president of the New York Taxi Workers Alliance, Bhairavi Desai, spoke to them on our behalf, and thanks to her, they postponed the auction. I was able to make a payment in February, and I told them I was going to try hard to make payments for March. But then the pandemic hit.

Some yellow taxi drivers who have taken jobs doing deliveries for the city during this time have gotten infected by the virus and have had to be hospitalized. Some have even died. In our drivers’ chat, some of the guys who are still out there working are telling us what’s going on, and they’re saying to everyone else, “Just be careful, and take care of yourself.”

J.C. Pan is a staff writer at The New Republic.