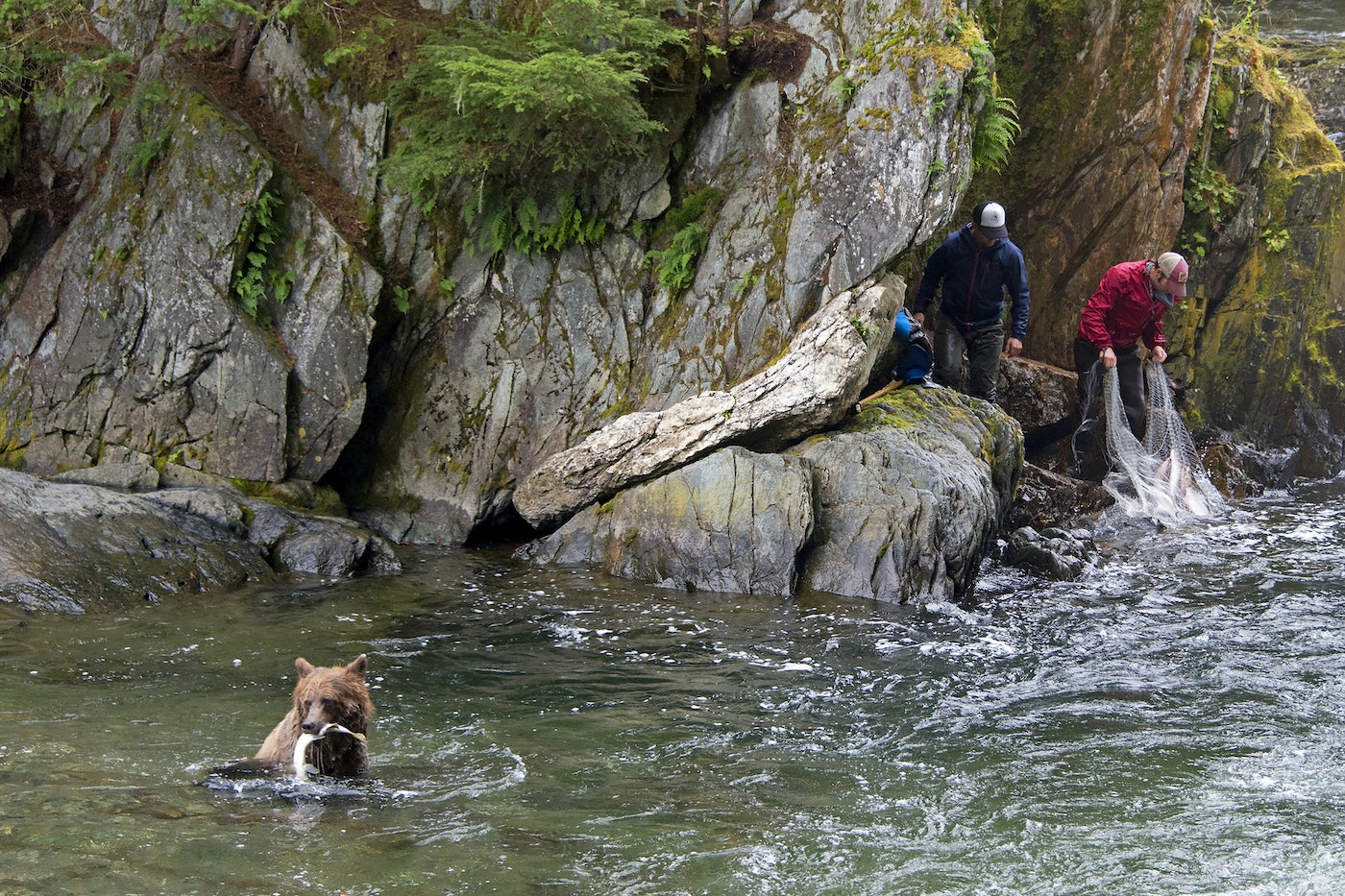 “When we try to pick out anything by itself, we find it hitched to everything else in the universe,” wrote naturalist John Muir in 1911. Last week, news broke that the Trump administration has exempted the Tongass National Forest in Alaska from the 2001 Roadless Rule, a regulation prohibiting road construction and timber harvesting in roadless areas. The immediate implications for logging in the Tongass are complicated and unclear—in part because a diverse group of stakeholders representing tribal, environmental, and business interests will surely challenge the move in court. But any large-scale commercial logging in this forest risks harm to much more than trees. Perhaps nowhere in the United States today is the interconnectedness Muir referred to a century ago more evident than in the Tongass. And in recent times, it’s also been documented in startling ways by cutting-edge science.

Located in Alaska’s island-dotted coastal panhandle, the roughly 17-million-acre Tongass, together with the adjacent 16-million-acre Great Bear Rainforest in British Columbia make up the world’s largest intact coastal temperate rain forest. Steep-forested mountains tower over glacial fjords. Humpback whales hug the coastlines, their exhalations rising through overhanging tree limbs and melding into ever-present rain clouds that drop more than 200 inches of annual precipitation. Small seabirds called marbled murrelets dive for fish in the ocean and lay a single egg on a moss-covered branch of an old-growth tree. The Tongass is a place blurring the line between where the forest ends and the sea begins. And no other species symbolizes this blurred line more than salmon. In fact, salmon cross the line. Salmon are in the trees.

Pacific salmon are born in freshwater rivers and streams, then head to the ocean to mature. Depending on the species, they spend anywhere from one to seven years at sea. As adults, they use the earth’s magnetic field and their sense of smell to navigate back to their birth streams to spawn the next generation. Then they die.

The Tongass supports all five species of Pacific salmon—king, sockeye, silver, chum, and pink. Every summer, millions of these fish pulse into nearly 5,000 spawning streams throughout the forest. The return of the salmon unleashes an annual feeding frenzy. Bald eagles screech and swoop from treetop to rock top, tearing into the flesh of fish. Croaking ravens swipe the scraps. Hordes of Bonaparte gulls plunge into the water and scoop up salmon eggs. Bears splash into the streams, darting their massive heads underwater and emerging triumphant with flopping fish. Abundance begets abundance—the Tongass is home to one of the world’s highest densities of both brown and black bears and the world’s highest nesting density of bald eagles. With all those fish, it’s easy to see why. But it’s not easy to see how those fish find their way into the trees.

Curious scientists noticed a few decades ago that trees along salmon-spawning streams grew faster and were larger than trees far from the streams. Analyzing core samples from streamside trees, they found high concentrations of a nitrogen variant. This variant—nitrogen 15—is found primarily in the ocean. So how did it find its way from the sea into the forest? It swam there, in the bodies of salmon loaded with marine nutrients from their time at sea. And then giant land mammals took it the rest of the way.

Bears are not social animals but will tolerate each other’s presence when the food supply is plentiful. Dominant bears snag the best fishing spots on salmon streams, and less dominant bears do their best to snag a meal and avoid conflicts. Often, bears will carry fish from a stream into the forest to eat in solitude. It turns out that bears transport a lot of salmon into the forest—researchers say that one bear can carry 40 fish from a stream in eight hours. Toward the end of a good salmon season, bears usually target the richest parts of the fish and leave the rest behind. Other animals scavenge on these carcasses, spreading the salmon nutrients farther throughout the forest.

The rich fish fertilizer decomposes into the soil, and the trees absorb it through their roots. Scientists have documented that up to 70 percent of nitrogen in foliage near spawning streams is of ocean origin. Salmon in the trees—voilà!

In return for this annual hit of nutritious nitrogen 15, the trees nurture the salmon by shading the spawning streams, keeping water temperatures cool for developing eggs. Tree roots stabilize the stream banks, preventing erosion from fouling the clean water and gravel beds the salmon need to spawn. When trees fall into the streams, they create protected pools for the fish to hide in and rest, and the decayed wood eventually feeds aquatic insects, which feed the young salmon.

Once you start to understand the salmon-tree connection, it’s easy to see that everything in the Tongass is hitched to everything else. Bald eagles, fueled by salmon, will soar greater distances to find food in the lean winter months. Female bears, padded with fat reserves, will give birth in their winter dens and nurse their tiny cubs with salmon-enriched milk. The forest, fertilized with supercharged soil, will sprout new growth come spring. And what about the salmon? As winter arrives, the last of the adult salmon are spawned out and their nutrient-packed bodies picked clean. But they didn’t die in vain. Swaddled by the streams and incubated by the forest, their fertilized eggs will soon hatch the next generation, ensuring that the cycle of life is a circle, always flowing, never broken. In the Tongass, what goes around comes around.

The largest national forest in the U.S., the Tongass is home to nearly a third of all that remains of the planet’s rare old-growth coastal temperate rain forest. Its circle of life, though fragile, remains unbroken—ancient forests, wild salmon, grizzly bears, wolves, bald eagles, and more.

Humans are a part of that circle. Scientists now recognize the importance of the Tongass as “the lungs of North America,” a carbon sink to help mitigate the impacts of climate change. The Tongass region of Alaska is home to some 70,000 people, including the indigenous Tlingit and Haida, and the state capital, Juneau. Commercial fishing, government, and tourism drive the economy today.

Industrial-scale clearcut logging, subsidized by U.S. taxpayers at a colossal loss, ravaged parts of the Tongass for five decades following World War II. The Tongass Timber Reform Act of 1990 significantly slowed the hemorrhaging of irreplaceable old-growth forests. The Roadless Area Conservation Rule of 2001 afforded protections from roadbuilding and logging on 9.2 million acres of Tongass roadless areas. But now the Trump administration’s Department of Agriculture, which oversees the U.S. Forest Service, has axed those protections, ignoring 96 percent of public comments submitted in favor of keeping the Roadless Rule safeguards in place.

By stripping the Roadless Rule, the Trump administration threatens to sever the threads that hitch everything together in the land of salmon in the trees. But the Tongass is federal public land entrusted to all Americans, who have made it clear that they don’t want to see this national treasure plundered.

Amy Gulick is the author and photographer of Salmon in the Trees: Life in Alaska’s Tongass Rain Forest.