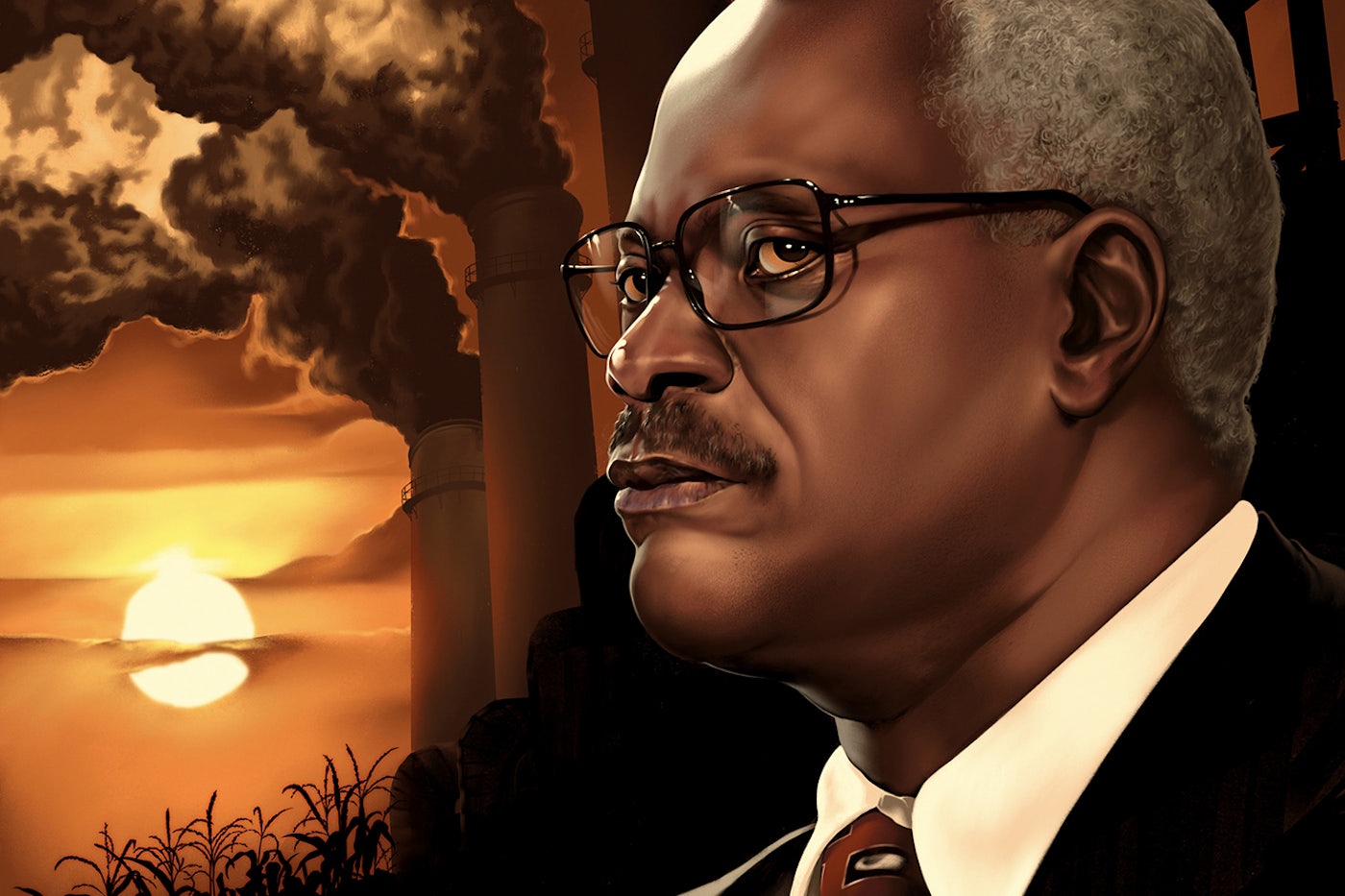 In 1992, an electrician named Robert Joiner sued Monsanto, the immense and powerful agrochemical corporation that had, for many years, manufactured the toxic chemical compounds polychlorinated biphenyls, or PCBs. For more than a decade, Joiner had worked in a Georgia utilities plant, which used dielectric fluid containing PCBs as a coolant. As he tinkered with the machinery, the fluid splashed into his eyes and mouth; sometimes, he was forced to plunge his arms and hands directly into the fluid to make repairs. When Joiner fell ill with lung cancer, he took Monsanto (as well as General Electric) to court, arguing that his exposure to the chemicals had “promoted” his condition, and that Monsanto was therefore liable.

Five years later, the Supreme Court ruled against Joiner, siding with Monsanto’s formidable legal team in a decision that has been largely forgotten outside legal circles. These days, law schools teach it mostly to explain the legal standard for expert scientific testimony; journalists rarely mention the case at all. But it is notable for one unexplored reason—one of the justices who ruled for Monsanto not only had worked for the company as a young lawyer but had personally negotiated contracts to indemnify it from liability for harm resulting from PCB exposure: Clarence Thomas.

Ever since his controversial 1991 confirmation hearings, Thomas has been the subject of ravenous popular and scholarly interest. Today, there is a veritable shelf of books and studies analyzing his biography, his ideology, and his jurisprudence. Yet none of them linger on the almost three years he worked for Monsanto (it was his only private-sector experience) or the two subsequent years he spent advising Senator John Danforth—a Republican from Missouri—on environmental and energy issues.

To better understand Thomas’s environmental work, I viewed several folders of Monsanto’s highly restricted archival material in St. Louis. I then traveled to the State Historical Society of Missouri to view Danforth’s surviving office files. These 40-year-old pieces of papers—which I read shortly before the coronavirus pandemic shut down archives across the world—plainly documented the influence of Monsanto and other polluting industries in shaping the young Thomas’s thinking. When viewed alongside other archival material (including some records Monsanto was forced to disclose in litigation), the documents demonstrate how Thomas adopted the chemical industry’s fierce opposition to government scrutiny in his subsequent legislative work and judging. As a justice, Thomas has displayed a profound reverence for untrammeled private enterprise and a deep skepticism of the administrative state. In short, he judges like the chemical industry attorney he once was.

Thomas spent the first several decades of his life as a reflexive liberal, not even registering as a Republican until 1980. His biographers have offered up a number of theories to explain his move to the political right: his resentment of privileged classmates at Yale Law School; his introduction to the writings of the conservative economist Thomas Sowell; his experience in the Missouri attorney general’s office, opposing appeals from incarcerated individuals; his own growing wealth. Absent among these theories is the influence of Monsanto. Yet Thomas’s time working within the chemical industry coincided with a period when it was one of the most anti-environmental and politically active corporate sectors in the United States.

When the 28-year-old Thomas arrived at the company’s spacious, suburban offices in early 1977, he was entering a new world. Founded in 1901, Monsanto had become by mid-century a massive producer of chemicals, fertilizers, plastics, and, profitably, aspirin. Just as Thomas joined, it was also a company in flux—rapidly growing and reorganizing but also straining to find new sources of business. Under assault from environmental activists and government regulators, it funneled money into lobbying and litigation, battling virtually every law that might hinder its operations, from the Toxic Substances Control Act—which would eliminate one of its most profitable (and toxic) products, PCBs—to regulations that might compel Monsanto to disclose what it called “trade secrets.”

Thomas’s responsibilities at Monsanto included drafting contracts, advising managers on legal matters, dealing with liability issues, and registering pesticides and herbicides with federal agencies. One of his first tasks was to negotiate the aforementioned contracts for PCB disposal—a duty of enormous importance, given the danger PCBs posed to human health and the multiple billion-dollar class-action suits Monsanto was facing over PCB contamination at the time.

In the summer of 1979, Thomas left for a job as a legislative assistant with Senator Danforth. In this new position, Thomas relentlessly lobbied his boss on behalf of industry interests, especially the chemical industry. For instance, after representatives from DuPont asked him to have Danforth convince the “EPA to slow down their headlong rush to regulate CFC’s”—chemicals that were manufactured by DuPont and that were destroying the ozone layer—Thomas dashed off a memorandum to Danforth, echoing DuPont’s rhetoric. The reason the EPA wished to regulate CFCs, he wrote, “is that theoretically they are responsible for depletion of the ozone.” But Thomas was skeptical, and he sought to convince Danforth to co-sponsor a much weaker bill, citing industry talking points, such as the “severity of the economic impact on those industries relying on CFCs.”

Thomas was likewise amenable when the steel and coal industries sought to skirt environmental regulations. At the request of steel company representatives, he lobbied Danforth to co-sponsor a bill to “stretch out” the period over which the Clean Air Act required “the steel industry [to] install pollution control equipment.” He did the same for coal mining reps fighting amendments to the Surface Mining Control and Reclamation Act. And, remarkably, Thomas often advocated on behalf of Monsanto itself. To take just one example, he served as a liaison between the company and Danforth when the chemical giant objected to the U.S. Fish and Wildlife Service’s proposal to designate land around one of Monsanto’s plants as a “critical habitat” for a certain turtle species. Danforth lambasted the agency for its “apparently shabby treatment of Monsanto,” and the agency soon dropped its proposal. Monsanto’s director of environmental operations wrote to Danforth, thanking him and his staff—“especially Clarence Thomas.”

At the time, Thomas was already displaying a hardening conservative sensibility. A week after Ronald Reagan was elected in 1980, Thomas wrote a memorandum for Danforth titled “We have power—now what?,” in which he outlined an aggressive new direction for the senator and his staff now that Republicans had secured a Senate majority. Thomas suggested that Danforth seek a seat on the Environment and Public Works Committee, primarily in order to “limit the impact of the Clean Air and Clean Water Acts,” which were both up for reauthorization in 1981. Such a seat would also allow Danforth to shape “the scope and coverage” of the Superfund bill (a subject in which “[i]ndustry” had “demonstrated its keen interest”), and to fight for the interests of Missouri industries, including Monsanto. Thomas saw the ascendant conservative movement as a chance to realize his environmental policy goals.

Thomas’s years of work for, and on behalf of, polluting industries is plainly apparent in his judging. He is a consistent friend to corporations and a determined foe of administrative agencies, especially those that seek to protect the environment through regulation (most notably the EPA). He has written decisions in cases decided in favor of Shell, Texaco, and Entergy; sided repeatedly with coal companies; and attempted to rein in the authority of the very agencies he once sought to help corporate executives sidestep. Perhaps most notably, he and his colleagues have limited the liability provisions of the Superfund law—provisions Thomas fought against while working for Danforth.

To be clear, I am not alleging that Thomas has done anything illegal. But many observers have called on Thomas to recuse himself in cases involving Monsanto. He has always declined. Today, the company is frequently the subject of harsh criticism, stemming from its historic production of DDT, dioxin, Agent Orange, aspartame, Roundup, and genetically engineered seeds; it was voted the “Most Evil Corporation of 2013.” This modern reputation may be why few of Thomas’s supporters dwell on his corporate experience. But the effect the chemical industry had on him was profound. The effect he, in turn, has had on environmental rights in the United States is undeniable.

Scott W. Stern is an environmental attorney. His research on Clarence Thomas’s environmental ideology will appear in the Harvard Environmental Law Review later this year.