You are using an outdated browser.
Please upgrade your browser
and improve your visit to our site.
Skip Navigation
Salinger's suit exposes the datedness of his fictional world. 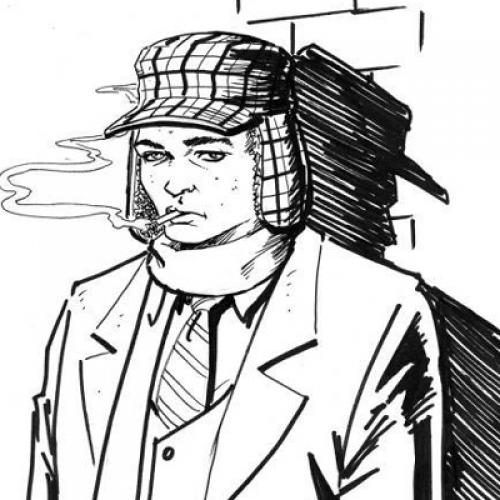 J.D. Salinger is back in public view because he has made another effort to keep himself out of it. He will soon be 70, a sharp reminder that the generation that came of age just after World War II is losing its place at the center of American intellectual life. He published the first portion of The Catcher in the Rye (1951) in 1946 (preceded by a few other stories about "Young Folks"); his last story appeared in the New Yorker 20 years later; and the rest, as everyone knows, has been silence. Now Ian Hamilton, who has previously written a biography of Robert Lowell, has completed an equally readable but much slimmer book about Salinger that tries to honor the writer's extreme prohibition against all "biographical intrusion" since his retreat into seclusion.

Salinger's reaction has nevertheless been an angry one. It has recently become front-page news, Salinger has sued to block publication on the grounds that the book makes improper use, by quotation and close paraphrase, of letters whose rights of reproduction belong solely to him. For a while it seemed as if the fuss would be brief: Hamilton cut down the amount of direct quotation, and a lower court ruled that the quoted material fell within the limits of "fair use." But Salinger persisted, and has just won a victory in the U.S. Court of Appeals, which decided very reasonably that the book's main interest depends on its revelations from letters that remain Salinger's property. The court blocked publication. It is, in turn, being asked to review its decision by Random House, Hamilton's publisher. If the ruling should stand, the publisher's only recourse will be to the Supreme Court. No doubt there are glaring and perplexing legal issues here: a public figure's right to protect his words from unauthorized publication (comparisons are being made to the case involving publication by the Nation of excerpts from Gerald Ford's memoirs in advance of their release in book form by Harper & Row) must be balanced against the right of scholars and journalists to publish their research over objections from those about whom they are writing.

But it should be recalled, in the middle of all the lawyering, that the dispute is about literature. And the literary significance of the present dispute is not large. Despite the thrill of scandal from which Hamilton's book now stands to profit, those who expect from it a peep behind Salinger's New Hampshire farmhouse wall will, if the book ever does appear, be disappointed. Hamilton's book, some 200 pages long, is not a weighty one. It does have a wryness that is worthy of its subject, and it makes the most of its scarce source material—as, for instance, in its account of the marvelous correspondence between Judge Learned Hand (a New Hampshire neighbor and friend of Salinger's) and a functionary of the State Department who wants to know whether the writer would be appropriate as a goodwill ambassador for American culture abroad. Mostly, Hamilton offers speculation (based on the disputed letters, some unpublished fiction, and interviews with the few of Salinger's friends who are willing to speak) on the interplay between the writer's art and his life. He argues, for instance, that the long story "Franny," with its nasty portrait of Franny's pompous Princeton date, is "an instrument in Salinger's courtship" of Claire Douglas—that is, an assault on his main competitor for her affections. Still, by and large the writer's elusiveness remains undiminished by this book. His retreat from the world has not been denied him.

Perhaps this is a good time, then, to acknowledge that Salinger's career is closed, in both senses of the word. Despite the unsquelchable rumor that he has two substantial manuscripts under lock and key, he has gone—permanently, it would seem—from being a public to being a private writer. In the '50s he occupied, indeed almost dominated, the literary territory between mockery and indignation that the New Yorker shared with MAD magazine. It was a world composed of crisp sentences that just save themselves from epigrammatic glibness. Holden Caulfield added to them the charm of ungainliness, but they were still essentially the judgments of stylish urbanity upon the false sophisticate:

You should've seen him when old Sally asked him how he liked the play. He was the kind of a phony that have to give themselves room when they answer somebody's question. He stepped back, and stepped right on the lady's foot behind him ... He said the play itself was no masterpiece, but that the Lunts, of course, were absolute angels.

Holden's wince had its cultural equivalent in Alfred E. Neuman's smile. They both tended to move within a curiously ambiguous locale: not quite suburbia, but not a living city either. Holden's terrain was the more frightening. It was a place of shopping opportunities, confrontations by telephone, cab rides through ominous neighborhoods—a city deeply "terrible when somebody laughs on the street very late at night."

Though Salinger, in filial homage to the writer he once most admired, allowed Holden at least one assignation beneath the Biltmore clock, he was writing about nothing more than the ghost of Scott Fitzgerald's New York. Salinger's city was finally closer to Dreiser's, a place from which one takes refuge in the anonymity of hotel lobbies, in what Holden calls those "vomity" armchairs in which a thousand other loiterers have sweated and slept, but in which one can look respectably expectant by studying the passing faces and checking one's watch. Holden is a Manhattan boy, but he tells us that he met Jane Gallagher (the girl whose degradation at the hands of his prep-school roommate he cannot bear to contemplate) when her "Doberman pinscher ... used to come over and relieve himself on our lawn." Where, one may ask, was Holden's lawn?

It was this prophetic city of uncertain topography that Salinger turned into a symbolic landscape. Within it, he tried to chronicle the ever-growing dominance of the principle of utility in American life. This is why his fiction is everywhere concerned with the moral cost of sexual awakening. One of the transformations that Holden most dreads is that the world may become a place populated by catlike people who rub themselves against one another for physical relief, and then walk away, satisfied, into the night. There is no loyalty. This lament is what lies behind his disgust at "flits" (homosexuals, who are perforce reduced to surreptitious sexual acts). By the time of Franny and Zooey (1961), which treats young people of college rather than high-school age, Salinger has enlarged his rage to produce an almost Veblenesque study of the way in which promising young men of Ivy breeding learn to collect willing women as adornments to their wardrobes. Lane Coutell, at the outset of Franny and Zooey, sees Franny Glass wrapped against the winter cold and remembers kissing her sheared-raccoon coat "as though it were a perfectly desirable extension of the person herself."

Salinger had begun to write seriously about this world of expropriating passion just after World War II. During the war he was stationed in England, then landed with the Fourth Division on D-Day at Utah Beach, and later saw action in the Battle of the Bulge. He had also been in Austria just before the Anschluss, and had likely seen Nazi mobs in the streets. (His father was Jewish, his mother apparently not.) Though he seemed never to be directly interested in politics, or in much outside his old neighborhood and social caste, he was a writer whose imagination had been profoundly affected by the war.

Only a few uncollected early stories and the beautiful "For Esmé—with Love and Squalor" explicitly record this fact, but Salinger, like his contemporaries Norman Mailer, Herman Wouk, and James Jones, had seen in the military the ultimate spectacle of organized human manipulation. He had also, as Hamilton suggests with something less than full respect, experienced "for maybe the first time in his life—a sense of tribal solidarity." "A new note of sentimental camaraderie" is Hamilton's phrase for this theme that "begins to show itself, both in his letters and in his stories." This is the sort of remark by which Salinger cannot have been pleased. I think there was more here than submission to sentiment: some kind of "camaraderie" became Holden's half-articulated aspiration— the longing to be delivered from the merciless city in which he was expected to make his cagey way.

Salinger was a masterful, but a small-scale, artist. He touched an American nerve: the sense of horror at the irretrievability of youth. But there is no work of epic ambition among Salinger's public writings, so there will be no Billy Budd to be discovered among his private papers. Waiting for such a work is futile, like the wait for Orson Welles's Don Quixote. Yet unlike Welles, Salinger stopped producing (at least for the public) not because he had entirely lost his art but, I suspect, because he knew he had lost his audience.

In the early '60s Salinger was hurt by the critics who (reflecting the political mood of their time) began to vent their impatience with his stubborn sameness. What really happened is that Salinger was being left behind by the shift of his readership's interest—perhaps a better word is curiosity—from the anxieties of his urban/suburban middle class to the "real" problems of more conspicuous victims in American society. Salinger did not have Mailer's bravura or John Updike's versatility and craftsmanship, and so he did not shift his ground. He did not survive the transition from the restless '50s into the committed '60s; he lacked the capacity for partisanship, or for cool detachment, that would have enabled him to make that shift. Though he always wrote about immutability as an illusion, he surely agreed with Holden, who thought that the best thing about the Museum of Natural History was that it was a place where "everything always stayed right where it was."

Salinger, too, stayed where he was. His audience, however, did not. It grew up—first into "engagement," then into "realism." There is a sense in which the current controversy has become another means for Salinger to punish his apostate followers by withholding himself from them. He had once written, as had most major American writers before him, in the hope of effecting the spiritual conversion of his readers. His uncited but controlling scriptural text (Salinger's explicit spiritual interest took the form of a fascination with Zen) had been Matthew 18:3: "Except ye be converted, and become as little children, ye shall not enter into the kingdom of heaven." It is surely an irony that the legal issues Salinger has now raised revolve around the problem of ownership, around the question of who holds the exclusive right to profit by the use of literary "property." The evident—and inevitable—failure of Salinger's once-devoted audience to fulfill his religious imperative, which included the repudiation of ownership and utility as the ultimate measures of value, has made bitter this dispute between the public freedom to carry on business and the private freedom to be left alone by the inquiring world.

Andrew Delbanco, associate professor of English at Columbia University, is completing a book entitled The Puritan Ordeal: Becoming American in the Seventeenth Century, to be published by Harvard University Press.