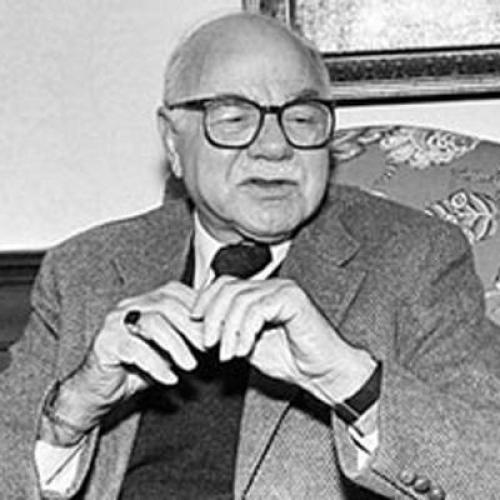 Corruption, it is said by cynics, is present in all political societies. But it does take different social forms. In totalitarian societies, corruption is the arbitrary use of power. There is no rule of law. The decrees of the dictator, or the party, override everything else. There are no checks and balances from institutions or competing groups; and few appeals against verdicts from the top. In a democracy, on the other hand, corruption is money. The politician needs to be elected, and modern campaigns are costly. Businesses seeking contracts will bribe officials to win a job, or politicians will demand money to award contracts.

For most of the postwar era, our attention has been fixed on totalitarian societies. But now that the cold war is over and the megalomania of Communist leaders such as Romania’s Ceausescu and the Soviet nomenklatura have been revealed, democratic corruption has become one of the surpassing political issues. The bipolar world dominated by the Communist-capitalist dichotomy has been replaced with a politically unitary one, divided between the corrupt and the clean. This, perhaps, is the real division in world politics today.

In the past year there have been sweeping and repeated revelations of corruption in many democratic countries. The roll call is frightening: Japan, Italy, India, Brazil, Venezuela on a major scale (leaving aside the habitual corruption of many African regimes), and Germany, Spain, France, even Britain, on a minor scale. In the United States, the revival of populism has been fueled by tales of perks and privileges in Washington.

What’s troubling here is the rise of an anti-political mood—one that goes beyond the standard refrain of “throw the rascals out” and resembles more closely the revolution of resentments in Europe that, in the 1920s and 1930s, led to the demand for a “strong man” who would clean out those Augean stables. While history does not return in the old epicycles—putsches are unlikely—these scandals do pose a threat to the stability of all: at stake is the nature of trust, since trust underlies the willingness of a people to obey laws and to accept the legitimacy of a society.

Japan, for example, is experiencing a crisis of leadership. The Liberal Democratic Party, which had governed for almost forty years, lost its majority for the first time, because of corruption. The Socialist Party, previously the major opposition party, lost half its seats. With three new parties, two of which are LDP offshoots, there is no longer an effective majority. Japan lacks political leadership at a time when crucial security and trade issues have to be resolved. (The internal economic policy will be directed by the bureaucracy in the Ministry of Finance.)

In Italy, the entire old political class has been discredited, with 2,500 politicians and businessmen under criminal investigation. The Socialist Party, led by Bettino Craxi, and the dominant Christian Democratic Party, which had been ruled by Giulio Andreotti—seven times the prime minister and now accused of Mafia collaboration—are broken, a reform of the political structure is in the offing and new political forces on the right and left are taking shape.

In India, the government of Prime Minister P.V. Naraimha Rao is paralyzed. Rao himself has been accused of accepting 10 million rupees ($371,000) in illegal cash contributions. And major ministries, including Defense, Commerce and Industry, are without ministers. Both the left (Socialists and Communists) and the growing right (the Hindu revivalist Bharatiya Janata Party) have joined forces in the Parliament against Rao, whose Congress Party is riven by factional conflicts. If Rao’s government falls, two serious issues confront India. The Congress Party, the country’s only secularist national party, would be weakened. And the economic growth and the development of a nascent middle class, both brought about by Rao’s economic reforms, would be jeopardized.

Some Latin American countries, which only recently have taken hesitant steps toward democratic rule and economic liberalization, are in trouble. In Brazil, the world’s sixth-largest nation, with a population of more than 150 million, President Fernando Collor de Mello was impeached for corruption and ejected from office in December 1992. In all this there was considerable irony: Collor, a young and telegenic personality, had been elected two years before on the promise of eliminating corruption and reforming the economy. He had lectured Brazilians on the need for “belt-tightening” even as real wages had fallen by half and inflation was running at 20 percent a month. When it was revealed that an associate had extracted millions of dollars in bribes from businessmen seeking government contracts, and that the president had spent $2.5 million alone in creating new gardens for his home, hundreds of thousands of people came into the streets to protest. While there was fear of military intervention—Brazil had been under military rule for twenty-one years—the Senate was able to exercise the procedural powers under the Constitution of 1988. The country is relatively stable now, under the leadership of the new president, Itamar Franco. But the promises of change in the economy have not been realized, and investment in Brazil is uncertain.

In Venezuela, Latin America’s wealthiest country, President Carlos Andres Perez was impeached in May 1993 for embezzlement. For thirty-four years Venezuela enjoyed democratic government; its enormous oil reserves underwrote a welfare state and lubricated a system of patronage in government. Then came the oil collapse in 1989, and the real income of Venezuelans dropped to nearly two-thirds of what it had been a decade ago. Perez made himself unpopular by scrapping subsidies and by enacting painful economic reforms. The outrage arose, however, not so much at the new austerity, but because the president was enriching himself personally at the same time. And that is the crucial political lesson of the world situation: there has to be a connection between the ruled and the rulers in democratic states, an avoidance of one-party systems, a mechanism to avoid the political corruption that tends to accrue when deep ideological and political divisions do not keep politicians honest.

One half-solution may be found in Mexico. Carlos Salinas has managed to remain free of a polity polarized around the issue of corruption (despite presiding over a corrupt one-party system) by launching a movement called Solidarity. A Jack Kemp-style organization that provides capital and technical help to communities and groups to build schools and roads and sewers for themselves, Solidarity was devised by Salinas as a way to build a base of support independent of the party bosses. But even here, the durability of this device is unclear. Under the Constitution, the president can serve only one six-year term (which ends for Salinas in 1994), and already maneuvers are under way for his successor. Even if Solidarity survives and strengthens, the freedom of the society from a polarizing struggle over the corruption issue will depend on the transition of the political system to more open, democratic forms.

Are there any real “solutions” to the patterns of increasing public alienation and political corruption that we see emerging across the West? And can any of these avoid the more authoritarian solutions we have seen in the past? The cynic will scoff that one cannot change “human nature,” and that any institutional changes are bound to be ineffective when the self-interest of individuals is at stake. Yet there are two examples of political purity in the West that give one pause.

The first is a country. With a few minor exceptions, Great Britain has been an exemplar of political morality for more than 100 years. Yet in the first half of the nineteenth century, England was as hopelessly corrupt as any “modern” society today. Carrying coals to Newcastle was more than an economic oxymoron, for the Duke of Newcastle himself was the outstanding symbol of the rotten borough managers who bought whatever they wanted with money. Yet by the end of the century, the situation had changed. The large number of licenses and permits that had been necessary for doing business had been reduced substantially, and with that the need to bribe government officials. The Corrupt Practices Act of 1883 “turned the poachers into the gamekeepers,” as the historian Asa Briggs put it, and made the election agents the guardians of public morals at election times, ending century-old malpractices. But behind all this, and embodying the new Victorian morality, was the new emphasis on “the gentleman,” with his code of proper conduct and the suspicion of “the religion of gold.” It was taken for granted, as Trollope wrote in his autobiography, that “to serve one’s country without pay is the grandest work a man can do.” It is true that Lloyd George sold peerages to the nouveau riche and that titles sometimes carry their own form of corruption (snobbery), but the fact of historical transformation still remains in the history of English political morality.

The second example is an American institution: the Supreme Court. For almost 200 years, it has been virtually free of the taint of corruption. Apart from the high calling associated with the position, what has been crucial is the independence and security that appointments to the Court have provided. As Walter Bagehot put it, the best form of government management was to be by a select few who enjoyed “a life of long leisure ... varied experience by which the judgment is ... incessantly improved.” Justices Warren, Brennan, Blackmun and Souter were appointed by Republican presidents, yet each demonstrated an independence of judgment the security of tenure provided. John Marshall Harlan and Lewis Powell responded to the idea of a judiciary of gentlemen.

Could one do the same with Congress, where the scramble to raise money has led consistently to demeaning behavior? Perhaps. One answer might be to set a term limit for members of Congress—three terms for senators, and four terms of four years for representatives—and then recruit the retirees into a “third chamber,” whose pension plus an additional income would give them financial security. This chamber, call it the House of Counselors, would be the pool for the commissions and independent bodies that evaluate policy and advise the government. Given their experience and judgment, we might thus have a group of disinterested individuals ready to act as gentlemen and gentlewomen—or gentlepersons—for their country.

In the end, it is hard to avoid the larger moral question that is tied up with the fate of democracy and capitalism—of capitalism as a system of economic reward, and democracy as a system of civic loyalty and trust. Democratic capitalism may have survived the battle with totalitarianism, but it has not survived the battle with itself. The 1980s, in the United States and Japan, was a decade of “greed.” The ethos said that making money by manipulation, by inflating assets, by heavy borrowing in junk bonds was fine. Our children are now beginning to pay the bill for this folly.

In Japan, Tasushi Mieno, the governor of the Bank of Japan, who pricked the bubble of the inflated Japanese boom, has been quoted as saying that the giddy expansion of the late 1980s “undermined the stability and soundness of Japanese society by weakening the ethos of labor, the notion of working by the sweat of your brow.” The boom, he said, hastened “a decline in morals,” and fostered “inequalities in the distribution of wealth.”

If capitalism is still to confront the ethos of “greed,” democracy has to confront the problem of trust. In almost every society, the distrust of the political order and of politicians is rising, often feeding reactionary forces that seek to channel the resentments of a population into religious fundamentalism or a rising nationalism. The money corruption becomes the symbol of the breakdown of trust in democracy. The rebuilding of trust can only begin with the rectitude of the politicians and the moral authority of a political class. That is the great task that confronts democratic societies in the years ahead. It is not one of technique, but of virtue.