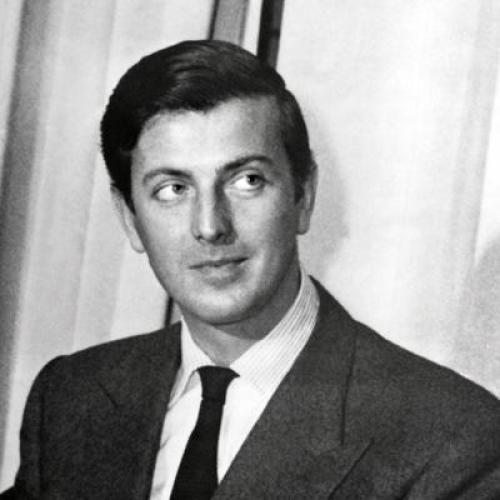 In looking at a society or an epoch, what marks a work as great is either a new vision (such as Tocqueville’s), a sense of tragedy (as Henry Adams’ Education), or, failing these some new image of the inner unity of a civilization, that is, an answer to the crucial problem first posed by Montesquieu: how does this all hang together.’ Older moralists thought that God or chance ruled the world. (Descartes, as Isaiah Berlin reminds us, spoke of history “as a tissue of idle gossip and travelers’ tales suitable only for whiling way an idle hour.”) But for Montesquieu, the first sociologist, societies were not fortuitous collections of heterogeneous elements or artificial constructions, but natural growths which obtain a definable character out of “climate, religion, law, the maxims of government, the examples of past things, customs, manners; and from the combination of such influences a general spirit is produced.”

But each society combines these factors in diiferent ways; each society has its own inner structure and “general spirit.” What is that of America? Laski tried to narrow the problem by insisting on the tensions between the egalitarian aspirations of the masses and the power of the industrial oligarchy as the foundation for all other behavior; and the superstructure came toppling down upon him. Others—and Lerner lists twenty of the more serious efforts—have tried to capture the “uniqueness” of America in some distinctive aspect of our development: the lack of a feudal past, the refusal to accept authority, the multiplicity of ethnic groups, etc. The search is an endless one. One recent military historian, Trumbull Higgins, has argued that the divergences in American and British strategic concepts in World War II—the one favoring a single, crosssmashing blow, the other a cautious encirclement from multiple points—are traceable to the Calvinist and Anglican temperaments of the two countries. A psychoanalyst, Allan Wheelis, sees a clue to changes in the American character in the “decline of the super-ego.”

Like all of us, Lerner is trapped by sheer inability to capture a definition which will not fall apart on close analysis. One can see him, year after year, desperately mulling over the question, reading all the previous answers, spotlighting their deficiencies; yet, in the end, like a mountain climber unable to gain a foothold on the slippery rock face, he suddenly lets go, and says: “there is no single talisman to the secret of American civilization,” there is no single organizing principle. “Causation” he says of the social  sciences, “is giving way to relation and inter-action.” For every yea, there is a nay. “The study of American  civilization,” Lerner concludes, “becomes thus the study of the polar pattern itself, not a search for some single key that will unlock causation.”

In the end, then, Lerner is forced to say that analysis consists only of “an inter-play of the material world and the moral-psychological.” And the result is, that while Lerner has talked bravely of America as a “civilization”—and defined the term as a “distinctively etched style of life, historically shaped and recognized by self and others as a new design for living”—the “interplay” dissolves all coherence. Read past the first two chapters, where Lerner grapples with the problem of identity; and you have a superb panorama of American life. One can’t fault Lerner on any topic. He has read assiduously, asked humbly, and revised on the best criticism. His 88 columns of notes and almost 1500 references indicate the  extraordinary range of his industry. One has here an encyclopedia of American life which will be, for years, the best single source on American mores, cultural life, or changes in property relations. But while there are many rooms in this mansion, there is no distinct architechtonic structure.

Lerner, in reaction against the deterministic efforts of his predecessors—and most likely Laski—wanted to emphasize the variety of life and complexity in America; but ends up by sacrificing theory and method for description. In hoping to apply the language of cultural anthropology to contemporary history, Lerner was, I think, seduced by the social sciences. The concepts of anthropology are “holistic,” that is they seek to grasp the totality of a culture. But even the most successful attempts at understanding a primitive society, let alone a modern one, have foundered on the problem of description, and as with Ruth Benedict’s  descriptions of cultures as Apollonian or Dionysian, have had to resort to metaphors. The attempts to find causal chains, while always partial, can give us, perhaps, a better sense of the involved skein of society than the dissolution of causation into the “interplay of the material and moral-psychological worlds.” And, while less ambitious, and perhaps even wrong, the efforts of a Louis Hertz or a Daniel Boorstin do seek at least an analytical thread on which to hang Montesquieu’s fundamental question.

It may be that Lerner’s book will be the last of such synoptic efforts to encompass the entire range of American experience, not only because that experience, and its documented materials, are becoming too vast to be treated by a single person, but that the rubric itself is at fault, that the ambiguity lies really in the term America, which is a cluster of many meanings. To ask: what is the “secret of America,” is to pose a metaphysical question without a real purpose; for it is not a genuine question. The ones that are lie within what Robert Merton has called “the middle range,” those that arise out of empirical investigation but permit some controlled generalization.

One area and one which will come into increasing prominence in future years, are the comparative questions. Why, for example, could McCarthyism flourish in the United States but not in Britain. Edward Shils, in his Torment of Secrecy has provided some answers: the different elite structures, and more, the tradition of civility in Britain, with its emphasis on privacy and social distance, in contrast to that of populism in the United States with its insistence on disclosure and levelling; an insistence, it might be pointed out, which, with its emphasis on “let the people know,” also underlies our concept of the prying—or crusading—role of the press. But surely, in an age when the image of America becomes reflected against the other peoples of the world, no inquiry into the American character can neglect comparative questions.

A second area that, not of “interplay” but of the “functional” relationship of institutions, or, how behavior in one area is shaped by or grows out behavior in others. For example, Eric Erikson in his Childhood and Society, seeks to relate the family to the political structure. The American family, he says, in contrast to Europe, is not divided into unequal partners (adults over children; husbands over wives; older sibs over younger ones), but one in which each person has equal rights and where one gains privileges by making concessions. The American family is thus “a training ground in the toleration of different interests,” and Erikson finds here a relation to the political system, a “rocking sea of checks and balances” in which “uncompromising absolutes must drown.” Further, he sees in the emphasis in the family on doing what is less unacceptable to any one member, as against doing what they all want, a parallel to the operation of Congress where the thought that good legislation may fail to pass is  less important than the fact that some legislation may pass which is markedly  unacceptable to a major group, since it negatively affects their interest.

A third area of “controlled inspection” lies in tracing through the specific changes in institutions, or character structures, over time, and seeing not only in what ways they have changed but which other institutions have not changed, and why. The recent theories of change — from “inner-directed” to “other-directed” or from “protestant ethic to social ethic”—are too facile, for we are never told how, when or where such changes took place.

A fourth area lies in examining historical crises, and the choices which the country and its leaders made as against other alternatives. It is an existentialist truism that character defines itself in choice. If so, can we identify the crucial turning point’s in American history and understand what dictated the choices we made or failed to make (e.g., the decision to intervene in Korea, the cowardice before McCarthy, the roundup of Nisei in World War II, etc.)?

These lines of inquiry may have less appeal than those which insist on seeing America in metaphorical and metaphysical terms; but unfortunately, the latter is the tendency which many of our American Studies programs, mesmerized by the notion of an American destiny, employ in their search for the meaning of American “uniqueness.”

In June 1794, Coleridge met Southey at Oxford, and the two worked out the idea of a “pantisocracy,” a term which Coleridge invented. This was, as I. A. Richards tells us, a noble and philosophic project for a Utopian settlement in the beneficient atmosphere of America, an ideal community where twelve young men with their twelve wives were to conduct “an experiment in human Perfectibility.” America has always held out such hopes; and somehow partially betrays them. The quest is ever for a community of superior equals. It is a measure of Lerner’s scholarship that he has sought to create, within the confines of one volume, a pantisocracy. If he has not succeeded, it is still to his credit—and how many can claim that—that he tried.