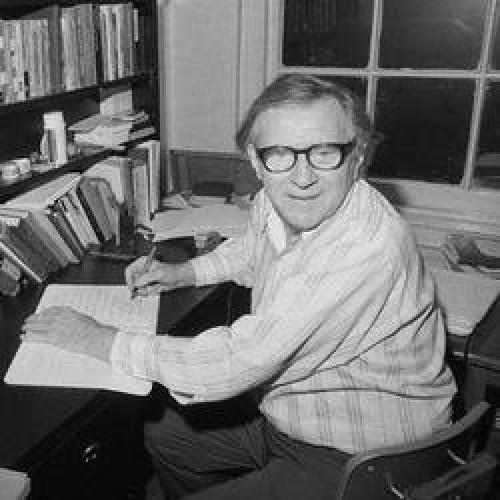 The situation and circumstances for writers are incomparably better in America than in most countries. The writers of most other nations already burdened as they are, have yet in the future to face the full force and to feel the full impact of technological change. In the present, they face problems somewhat different from those which bedevil many of us American writers. These facts can be best seen in the underdeveloped and in the small countries, where the weight of economic and technological problems seems almost like that of a boulder on a thin roof. In turn, this is affecting patterns of life, the channeling of intellectual and emotional energy, and the very way in which people feel and think. All over the world, there is a serious, and in some cases a desperate, need for trained technical skills. Factories must be built: slums must be cleared. Problems of production, irrigation, the building of dams, the manufacture of military weapons, aeronautics: these fields attract an increasing number of people, and those who go into them receive the highest rewards. And in the solution of problems, the findings of the statistician are coming to be more highly regarded than the impressions of the novelist. All of this, in turn, means that more of the resources of a country flow into these fields and that correspondingly less go into the humanities. This affects writing and culture in many ways.

The writers in small or in underdeveloped countries suffer because their market is much too limited. Almost all of them must take jobs and do their creative work in their spare time. Thus, I know an Indian novelist who writes in Mahratti, one of the languages of India. He works as a clerk until ten at night, and then writes. I know a young woman in Karachi who became a famous Urdu writer at the age of twenty-one. She earned a thousand rupees on her first book. Today she works for the Pakistani government, and can do little writing. Gavan Casey, one of Australia’s leading writers, finds it necessary to devote the greater part of his energies to journalism. For the writers of many countries, the barriers of language create major obstacles. For instance, how many Dutch and Danish authors can hope to have their work translated into the most-used languages? Unless they are translated, their reputations will remain strictly local. In India, there are fourteen languages, and many of the leading Indian authors write in one of them. Unless these authors are translated into other Indian languages, they can be read only by a very small number of their own countrymen.

The problem of translation is a difficult one because, obviously, there is not the money for publishing a large number of translations in the various languages of India. Further, the opportunity for these writers to be translated into the language of one of the major countries is relatively rare. How many people are there in America, Britain, France who are up to translating books from, say, Urdu, of Mahratti? Whenever possible, the authors try to have their books translated at home and then submitted to foreign publishers. But these translations are usually bad, and the authors cannot afford the cost of many translations.

Most small nations and the underdeveloped countries must be at least bilingual. The language of at least one or more of the major countries is essential for the international life of these countries. Without French or English, and now also Russian, these countries cannot carry on commercial, diplomatic, and cultural relationships. One consequence of this is that writers from the major countries are very well-known in most small or under-developed nations. They are often more widely read and discussed than are native writers. The sales of their books interfere with those of the local writers. The writers of these countries, correspondingly, are finding their own audience further reduced.

Conditions like these produce psychological confusion. For whom should the authors write? For their own people, or for a foreign market? Despite growing nationalism in Asia, numerous writers and intellectuals have not shed their sense of cultural inferiority towards the West. Just as at one time, American writers needed recognition in England or France in order to become more widely accepted in America, so do many of these writers need foreign recognition. And they hope to escape from other work so that they might give their full time to writing. Because of this their eyes are on the American market. They tend, thus, to become divided in feeling. The pulls of East and West are strongly registered in their minds: some are even torn by this problem, especially because of rising nationalism spirit.

We in America developed a realistic literature at a time when the Republic was so secure that criticism and exposure, even in pitilessly realistic novels, did not weaken the foundations of the nation. It is different in the new countries of Asia. These countries are struggling to become nations. Their leaders and many of their intellectuals are acutely sensitive to the backwardness of their own countries. Last June, in a conversation I had with Mr. Nehru in New Delhi, he remarked that it is humiliating to speak constantly of India’s under-development. How critical should Indian writers be? Can they write with the fearless realism and desire for truth of Zola, or of some of the 20th Century American novelists? If they do, will they not be weakening their own countries?

Writers are conscious of this problem as one of moral dilemma. And the same problem is true in other countries. When I was in Karachi and in Jerusalem, Pakistani and Jewish writers and intellectuals also recognized and admitted the existence of this same moral dilemma.

In a world of rapid change and danger, the human mind lags behind events more than normally. This raises the question of the assimilation and digestion of experience as it relates to creative writing. It is a problem all of us face at times. But it is perhaps exceptionally difficult in Asia. These, the younger generation of writers has lived through war, independence, the cold war, and the beginnings of an effort at rapid industrialization. Some of them are refugees. Until the writer gains a sense of artistic distance, he usually finds that many of his experiences are unmanageable for artistic purposes. And much of the present Asian reality remains unmanageable for writers: it has not been fully assimilated and digested.

Finally, these circumstances, problems and dilemmas open cultural pathways for the Soviet Union. Because they are totalitarian, both the Soviet Union and the Chinese Communist government can use money for purposes of cultural influence and infiltration. They can pay for translations: they can give writers magic red-carpet trips to China and Russia. They can provide with facility an international apparatus for the writers of small and new countries. Through their apparatus, they can make the names of writers known abroad, just as they have made Howard Fast a world figure in literature. And they can offer a market of one third of the world to writers who are frustrated because of a small audience.