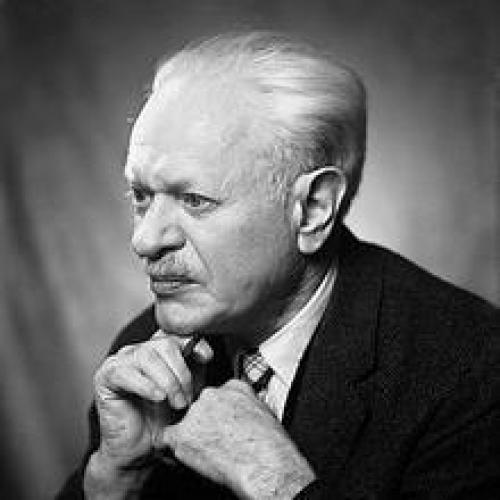 Every once in a while, in the orthodox press, there is an article in which, at almost every step, you find something said one way and must read it another way. It is something like the “dramatic irony” of classic tragedy: Some character in the play is interpreting the signs to mean plus, but the audience with a different frame of reference knows that the signs should be interpreted to mean minus. Thus, Oedipus sees cause for boasting in the very disclosures that, as the audience realizes, foretell his downfall.

There is much of such dramatic irony in the news—with the highly unpleasant additional fact that the audience who would read this news differently than it is written is itself implicated in the threatened débâcle of capitalist hubris.

A news story on the first page of The Herald Tribune seems to me especially rich in dramatic irony of this disturbing sort. Nearly every passage requires retranslation. A mass of interpolations extensive as “Das Kapital” would be required to make the job complete. I here merely suggest a few of those most obviously called for.

My purpose is to illustrate a situation that we understand in a general way but do not always note in the particular, to show how thoroughly the merest commonplaces of language serve to confuse the criticism of capitalist methods. Propaganda? Capitalist propaganda is so ingrained in our speech that it is as natural as breathing.

“Industry” is here used as the synonym of “big business.” Thus, the most necessary distinction of all is automatically obliterated at the very start. By using “industry” where you mean “big business,” you stack the cards to perfection. People know that factories have to be managed; and by using “industry” when you mean “the gatherers of excess profits,” you imply that factories can be managed only by adepts in the art of “legal” shakedowns.

to Fight for a Return

The emotional pull behind the shibboleth of gold goes deep. That profound worshipper of the golden calf. Carter Glass, will be singing of the gold standard in one paragraph, and in the next, before you know it, he is talking about God. Gold would at least be as good a standard as wampum, shells or any other conventionalized form of national IOU promising a man goods in exchange for services. But by devoutly plugging for the standard per se, without examining too closely the one-way profit system that makes any standard of promises to pay unworkable, we effectively center the attack upon a symptom and ignore the ill that causes the symptom.

Is Demanded as Effort

Here the needs for translation come thick and fast. First note that the phrase “freedom for enterprise” is an effective variant of the “industry-business” identification. If “business” equals “industry,” then “promoters” become the same as “managers,” and opportunity for excess profits is thus enshrined as “enterprise.” Now, since every right-minded person desires freedom for enterprise, we are subtly invited to salute the great monopolists as the guardians of freedom.

“Balk dictatorship.” Among the surest devices by which the interests of monopolists are upheld in the name of laissez-faire is the use of this word “dictatorship” when you mean “social legislation.” Carry it through, and you get miraculous results. You will find that even a feeble attempt, on the part of our constitutionally elected legislators and administrators, to mitigate distress, raise wage levels, improve housing conditions and the like becomes the work of a Hitler or a Mussolini. Watch Walter Lippmann, if you would see how rich a mental life can be built upon this simple confusion. See this suave magician daily put the kerchief of “social legislation” into his hat, make a few magic passes, and lo! Out comes the rabbit of “dictatorship.”

At the word “collectivism” in the headline my plodding patience fails. It is hard to believe that, in a democracy, such a word could ever be used as the synonym of evil. And it is hard to believe that even the most slovenly of tricksters should try to suggest that the New Deal is collectivist. The roots of the matter, I think, reside in this: No administration can, over a long period, conceal the fact that the needs of business are basically at odds with the needs of national welfare. Hence the fascist turn, implicit in the ability to use as a term of reproach so essentially democratic a word as “collectivism.” One would expect the demagogues to do exactly the opposite; one would think that even the most reactionary advocates of special privilege would mask their policies under such a word as “collectivism.” It is a grim sign when they don’t.

Alas! we have only got through the headlines. Obviously, to translate the whole article, brief as it is, would require an encyclopedia. We shall simply give samples of the article itself. It begins:

Government has gone into business, so business will invade the field of politics, it was determined yesterday by the 1,500 industrial leaders and business executives attending the final session of the annual convention of the National Association of Manufacturers at the Commodore.

The effrontery of the notion that business, after patiently suffering in silence through a hundred and fifty years of the Republic, has finally decided to “invade the field of politics” is almost breath-taking. The reporter was doubtless in a hurry. He simply wanted some sort of introduction that would serve to make the oldest story in American history look like something new—but it is disturbing to think that a man whose life work is the collecting of “facts” could begin a story in a great metropolitan daily with so brutal a violation of fact.

Among those concurring in the decision, which aligns the most powerful commercial interests in the country against the Roosevelt administration, were business men of international reputation, representing billions of invested capital, millions of stockholders and employees.

“Representing billions of invested capital, millions of stockholders and employees.” Again variants of the master confusion between “business” and “industry.” From this source all capitalist apologetics flow. Later in the piece, by means of this identification, we find these gentlemen “representing” not only the flesh and blood whose services they command in their factories, but also even the unemployed, the flesh and blood they keep out of their factories.

But we shall not go on. My theme is an old one, well understood by many. I simply thought of showing by painful literalness how incessant the barrage against the criticism of capitalism is. The truly effective work is not done by some crude blast in an editorial by Hearst; that helps, to be sure, but the real confusion is kept alive by this modest tithing, this gentle, almost imperceptible choice of words. The surest way to balk action is to choose words that draw lines at the wrong places. And the very core of the strategy, I think, as Veblen made clear and Karl Marx before him, resides in the identification of “business” with “industry.” Thus, we can have incessant palavers by business men about the ways of getting our factories going. They can be perplexed and earnest and noble and organization-loving and resolve-making, all for the good of the country, and the country can sit trembling and praying that they will make wise decisions for us. And all the time the one basic fact goes unregarded: The fact that, if their special interests as business men were ruled out today, our factories could resume operation at capacity tomorrow. But once you allow a promoter to look like a manager, once you allow the channelization of profits to mean the same thing as control of production, you are in for the same old fabulous swing from Republicans to Democrats and from Democrats to Republicans.

And the words by which they advocate the swing from one to the other are precisely the words that keep the people from getting rid of them both. History is a skilled dramatist, with dramatic irony as the main feature of the plot.