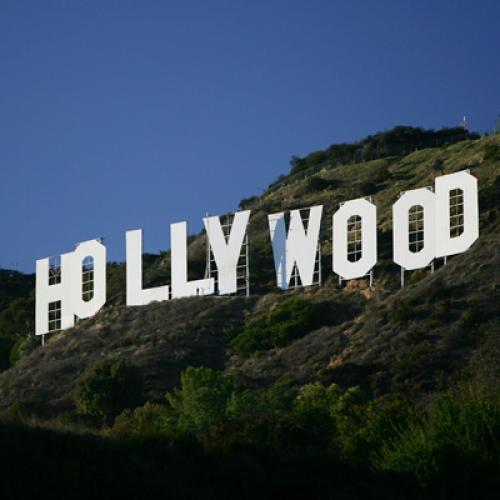 The liberal, as we understand it, is the person who sincerely wants as many of the good things of this world for his fellow man as he does for himself. His credo is the Bill of Rights (still a very revolutionary document), the Roosevelt Bill of Human Rights, the Truman Civil Rights Program, and all legislation stemming from them. His enemy is fascism everywhere—abroad and at home, in his own home and even in his own heart—fascism, as we understand it, being the exploitation of human beings for personal gain, greed and glory.

The dilemma of the liberal lies in mistaking for liberalism what he seemed to see in Marxism, and still wishes to see in Communism under the Soviet Union. When he takes the final draft of disillusion and realizes that Communism is the selfsame Fascism of Germany and Mussolini Italy, and understands that in totalitarianism itself lies the source of all he opposes, then the mask falls from his eyes and his dilemma is solved.

Fundamentally, then, the dilemma of the Hollywood liberal is the same as the dilemma of liberals everywhere—so far as being a liberal is concerned. And with that we might well and briefly dispose of the matter.

Unfortunately, the problem of the Hollywood liberal still remains. Not only must he be clear as to what a liberal is; he must operate in a peculiarly inimical climate. Liberalism thrives best under democracy, and Hollywood is genetically undemocratic. It is more difficult to be a liberal, especially on an organizational basis, in Hollywood than perhaps anywhere else in the United States.

Hollywood, the typical little American town lying between Los Angeles and the Pacific Ocean, with a Main Street of second-rate shops, commercial hotels and movie theatres, has nothing whatsoever to do with Hollywood, the so-called Motion Picture Capital of the world. Hollywood connotes motion pictures, all American motion pictures, in the same way that the Press connotes all newspapers, and Radio all broadcasting.

Actually Hollywood is neither the Motion Picture Capital nor is it the Motion Picture Industry. Hollywood is merely the factory that turns out the product for the industry. This factory, an aggregation of studios, has a personnel of about 30,000 men and women that roughly can be broken down into 500 studio heads and producers; 500 directors; 1,000 writers; 500 cinematographers; 5,000 actors; and 23,000 workers—craftsmen, carpenters, electricians, technicians and clerical employees.

The Motion Picture Industry is a gigantic real-estate combine of 20,000 theatres with 11 million seats, representing a capital investment of $2 billion. Its headquarters are not in Hollywood but in New York City, with administrative offices around Times Square and with its head and heart in Wall Street and (since the Roosevelt era, when government had the temerity to invade the sacred precincts of Business on behalf of the American people) Washington.

The business of this real-estate combine (not to be construed as a monopoly) is to maintain itself at the highest possible economic level, and it does so by leasing its 11 million seats to the American public at the highest possible tariff. It is not its business to be interested in anything else. It is not concerned, nor should it be, with democracy or humanitarianism. It is not concerned, nor should it be, with culture or art, with standards of writing, acting, directing, or even good taste, except as such things affect the box office. If Lassie, that renowned hermaphroditic canine, pulls them in, then Lassie is the star for them! The business of business is to make money out of money.

Hollywood, the factory, whose sole reason for existence is to service this huge block of real estate, composed of one-purpose buildings that cannot possibly be converted into anything but public auditoriums, is its servant. It is owned, controlled and operated by the combine and dominated by it economically, socially and politically.

This was conclusively demonstrated during the 1947 Hollywood hearings of the Un-American Activities Committee by the now famous Johnston Statement. The statement was anything but the reflection of the opinion and personal feelings of Hollywood or of the studio heads. It was the dictum of the Industry, born out of fear of public opinion and consequent loss of revenue, and the first time that any national industry dared set itself up as a lawmaking body over the government of the United States.

The Hollywood that is not the Industry and the Industry that is not Hollywood constitute one of the strangest alliances on record. It is a marriage, and a rather successful one as marriages go, between High Finance and Art, wherein lie both paradox and phenomenon. The Industry is dependent upon Hollywood for its artistic creations, and Hollywood is dependent upon the Industry for its economic existence. Yet they are constitutionally and temperamentally opposites, the one dedicated to Mammon, and the other to the very spirit of creativeness, to ideas, and to the human expression of those ideas.

Hollywood itself, therefore, made up essentially of two groups—the creative artist who by nature is revolutionary, and the labor group, traditionally progressive—would seem to be preeminently liberal.

Yet there is no avoiding the fact that Hollywood is permeated from top to bottom by the Industry. It isn’t easy in the name of idealism to stand up against economic pressure. There are only eight or nine studios, all in bitterest competition with one another but nevertheless unified by high-level policies and implemented by gentleman’s agreements which not only can deny a man opportunity but can banish him from the Industry altogether, thus liquidating him professionally. And the personnel, the vast majority of whom are paid employees and not independent contractors, know this. They know that the real boss is not the man over them or the man over him, or even the studio head, who could be displaced overnight. The real boss is the Industry.

This was amply demonstrated in the early thirties, when Hollywood first became politically conscious. Anyone who raised a voice or a hand to protest Industry politics was immediately labeled a Red and was no longer in favor. Those who opposed the formation of guilds and unions were very much in favor. They were elevated as “studio pets.” Even those of small talent or none at all were often rewarded with fat contracts, which even to this day some of them still enjoy. And always, as “studio policy,” artists, especially stars, are prevailed upon to keep out of politics, the argument being that stars belong to the American public, and that by publicly espousing one set of political ideas they oppose another and thereby offend half of the total number of paying customers. This is “bad for the Industry.”

That is one side of the coin.

On the other is its facsimile—Communism. The industry, with its multiple corporate structures and all that big business implies, is an obvious target of Communistic attack; while Hollywood, the factory, is the most inviting and fertile field for Communist activities. Communists love Hollywood. As a means of communication, the screen, even above radio, is their most coveted prize. Hollywood is the little man with the biggest voice in the world, commanding a potential of 30 million listeners every time he opens his mouth. A single line of filmed propaganda is worth more than millions of Communist pamphlets.

And there is money in Hollywood, money that is paid in a high salary directly to the Communist himself and money that he can sometimes suck out of the unwary and unenlightened liberal under the guise of supporting “democratic” issues and fighting reaction. Indirectly, by seeking to infiltrate liberal organizations, the Communist manages upon occasion to get backing and support for purely party-line measures. In all fairness, however, it must be said that this latter source has been effectively shut off to him. The doors are locked, the windows barred and the treasuries guarded.

But apart from the Right and Left, which are the common foes of all liberals, the Hollywood liberal has had yet a third enemy to combat—his own political immaturity.

The Hollywood liberal has only just turned sixteen. Prior to 1930, Hollywood knew only one brand of politics, company-union politics, which romped free and unchallenged over the whole garish scene. The first glimmering of opposition came in 1932—with the depression, the 50-percent wage cut and, coincidentally, with Roosevelt. Unfortunately there was no old-line Socialist with political ken and background to be in at the birth or to help suckle the infant liberal. He was conceived out of sheer emotion—outrage chiefly—brought to birth by the rankest political amateurs and rushed into battle without the slightest training or preparation or the vaguest idea of what a formidable giant he was taking on. He got licked, of course,but managed, because of the general spirit of the times and with the aid of the Wagner Act, to survive.

He is still weak and little and blundering and bewildered at times, especially now when he is forced to fight on two fronts and undergoes a perpetual slogging from Right and Left. But he is tough and spiritually on the side of the angels, and consequently invincible and immortal. And one day, because the American people are the most revolutionary in the world, and because Hollywood lives only by its creativeness, he may grow up.

This article originally ran in the January 31, 1949, issue of the magazine.