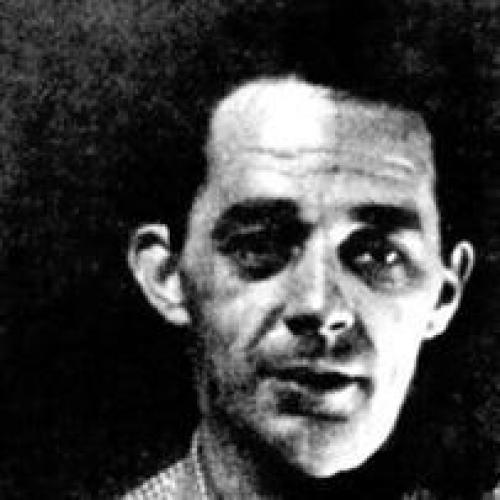 I have been on this pitch for quite a long time, and now I should like to inquire why we as the nation which produces the movies should never have developed any sound school of movie criticism. That we haven’t is obvious; read your papers. Why we haven’t is probably owing to the ineradicable ignorance in theatricals of the ordinary writing hack, and to the fact that the ordinary reviewer on a newspaper or magazine is traditionally an amiable chump who has been kicked upstairs. In the deep-water magazines he may be a promising fellow who is working up to be a paid critic of Drama or Literature, but if he has the slightest conception of how movies are made and why, he will probably be given a job doing something else.

I got a job as film critic late in 1933. It wasn’t because I knew anything about films but because I was asort of utility writer, and it was like hiring a ball player on the farm system of the big league. In spite of that, I learned very quickly that movies were one of the biggest things that had happened to the country of America. They had not only great possibilities but they had life, and what they accomplished was more in the talk of anyone you could meet than the works of any other art form.

The time 1933 wasn’t a very good time for movies. On the level of the lofty brow you weren’t allowed to notice anything unless it came from abroad or had been made in the nostalgic days of the silent film, or were otherwise permitted the allusion to a body of knowledge not commonly shared and having little enough to do with pictures.

We had had Gilbert Seldes to carry the banner for the vulgar arts, and we had had Pare Lorentz as a working critic soon to turn producer. We had had precious little else. In 1933 the air was full of noisy people who had figured that if you weren’t a writer the surest way to become one was to join a Writers’ Group or The New Masses, and that meant in film reviewing that Jesus Christ walked on the waters seven shows a day at the old Cameo, and even such a highbrow money-bags as Lincoln of the Filene Kirsteins could go off from a party in a huff just because you didn’t properly like Sergei Eisenstein.

It was a pretty tough time, with that perennial Junior, Richard Watts, trying to be Mr. Watts of the Dramah Patch and William Troy trying to be William Troy, and the whole thing boiling down to who had read the most books in a foreign language, could refer thereto and quote there from. There was a great rush for words like régisseur and montage and almost no appreciation of the movies that people after all see, and while Mr. Watts went up into the theatre section he had openly envied all along, and Mr. Troy got cross enough to be retired to heaven, and Mr. Kirstein sulked away into the ballet, and André Sennwald (the only promisingly honest one of the first-line newspaper reviewers) murdered himself, there was no change for the better.

Some of the stuffier attitudes disappeared from writing about the movies, and there was a tendency to take films for what they were and with some respect; but there was still no atmosphere for breeding critics. Frank Nugent is the last young man I remember to get a job in a leading position as movie reviewer, and after becoming too proud of his wisecracks for the good of his work, he was bought off with a Hollywood contract and has not been heard from since. Cecilia Ager took over the first-string job when PM started up, but she had been best in her incidental remarks in Variety and never seemed to get used to the full-time business of reviewing the whole picture. Outside of an occasional visiting professor from abroad, I do not think of anybody else who has made any splash at all.

I wonder if it isn’t the movies themselves who are responsible. There are plenty of younger people growing up to whom the films are so natural that they do not have to play the snob about them. Bright people too, who can tell you what makes a screen story tick. But the movies themselves are not interested in having able criticism. They are suspicious of it and shy violently when its presence is suspected. Somehow or other they have not only asked for but got the reviewing attitude which makes a little chat go a long way, usually in the direction of publicity handouts, which tells its following what the story is and who’s in it, and then hands down a decision as temperate as possible and as devoid of any clear scale of values.

It is the job of the trade magazines to estimate whether a picture will make money for its producer or not, and this the trade magazines do when they are not outright venal. But the critics, who are supposed to do something more and indeed can’t even do this much competently, are stampeded time after time by the mere word of the company that it has got something, or figure they have burned their fingers the first time some movie salesman or dissident reader jumps them for “destructive criticism.” Whether the critics can make a picture or whether a picture can make the critics is an argument as old and fruitless as the chicken-or-the-egg; but a lot of lusty shouts are what the companies want, what they often spend absurd sums of money in ensuring, and that is what they get.

Perhaps they deserve it, but the public doesn’t. More people go to good and bad movies than read good and bad books, and surely the top layer of this vast audience is as discriminating of taste and exacting of standards of the top layer of the reading public. Yet if you were to write in a big-circulation magazine with anything like the direct estimate of the better book reviewers there would be a howl and a tearing of hair that would make you think the Japanese had landed in force. Hollywood has been able to insist that the whole of its public is feeble enough in the head to admire practically anything on celluloid so long as nobody meanly spoils the show by suggesting that as an actor Errol Flynn is about as expressive as the leg of a chair, or that even a million dollars can be wrong and not art. Consequently film criticism is obediently dull and uninformative, and surely unworthy of so lively and immanent a subject. We started out by paying the movies no respect, and now we lag behind them and are taken into camp. The respect is now there but it is a poor thing and it is paid rather to the wishes of the men who merely sell them for profit rather than to the movies themselves.