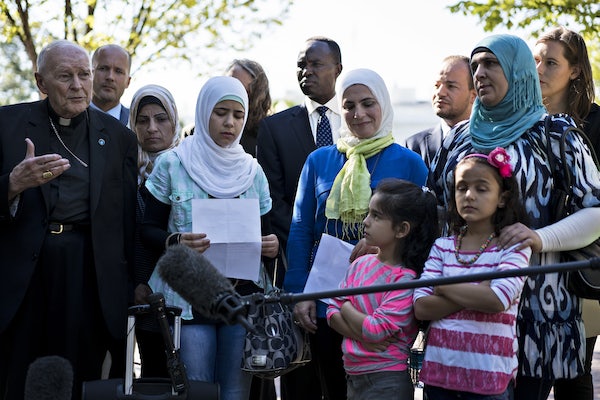 The United States Conference of Catholic Bishops says the attack on Paris won't alter its outreach to refugees in the U.S.

“We at the United States Conference of Catholic Bishops and Catholic Charities, we are always open to helping families who come into the United States in need of help ... We have that tradition of doing it and we’re going to contribute.”

Kurtz added that, regardless of how secular authorities decide to respond to refugees, his “hope would be that the church would continue to be able, within the law, to help those families.”

Kurtz’s remarks fit well with Pope Francis’s stance on refugees, whom he has repeatedly recognized as “people, each of them with a name, a face, a story, an inalienable dignity which is theirs as a child of God.” Not that this view has gotten much traction inside the famously pious United States, where some 27 governors have said they intend to refuse refugee resettlement. Christianity: it’s hard.