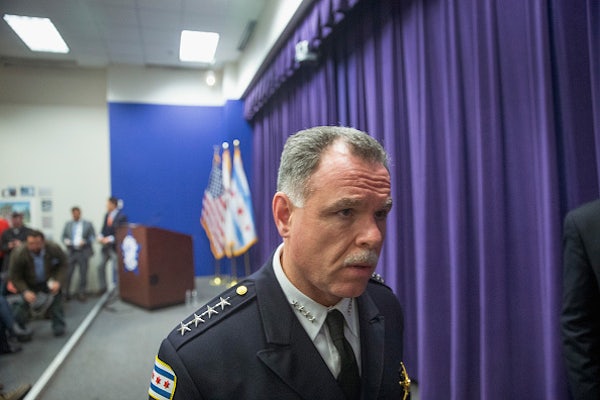 Garry McCarthy is out as police superintendent as the covering of asses continues in Chicago.

First it was Officer Jason Van Dyke, the detective who shot and killed Laquan McDonald in October 2014. He was charged with murder last week, in a move that was both appropriate and long overdue. Now it’s Garry McCarthy’s turn on the chopping block. As police superintendent, McCarthy watched a video of Van Dyke, who has a record of misuse of force, shooting a 17-year-old 16 times and felt it was appropriate to put him on paid desk leave.

So fine, McCarthy should go, too. It’s a good thing that he’s been fired. But none of this should hide the fact that Mayor Rahm Emanuel is doing everything he can to distance himself from what is widely being considered a cover-up. No firing, no police task force, will change the fact that Emanuel’s administration waited to release the video of McDonald’s killing and to indict Van Dyke, in what smacks of political opportunism.

The latest moves are welcome. But they aren’t just about Laquan McDonald. They’re also about Rahm Emanuel.