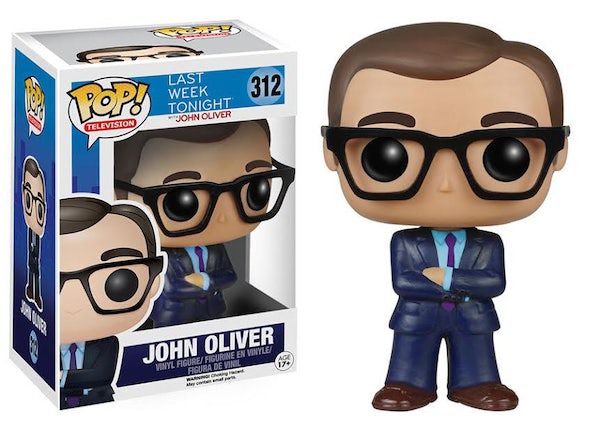 Wow. This John Oliver action figure perfectly captures what’s wrong with other action figures. It doesn’t have a mouth, so it can’t go on off on any epic, fact-checked, mic-dropping rants or unload on ISIS (fuck those guys!) or the Washington Redskins (same!), but it still skewers every other safe, sanitized action figure out there. And sure, it really looks like any other white guy (sans mouth) with glasses, but how many other lame-ass action figures drop this many weekly truth bombs? If there were any others, they’d get action figures, too.

But you’ll never take it out of the box anyway, so his name will always be there, and the integrity of the product will never be compromised.