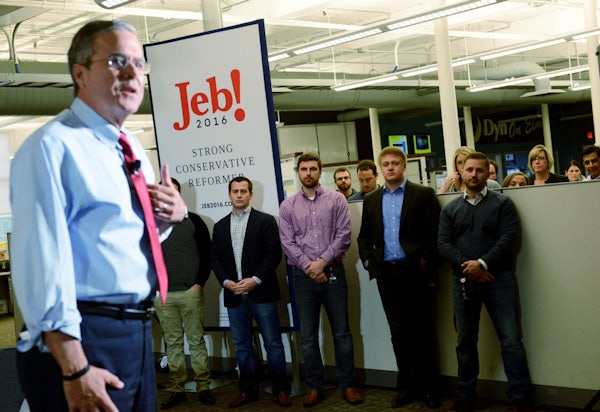 Jeb Bush's version of leadership is not showing up to one of the biggest meetings of world leaders ever.

“I’m not sure I would have gone to the climate summit if I was president today,” he told reporters on Tuesday. When Bush casually admits he’d miss the major climate summit occurring in Paris, he’s saying he would not bother to show up to a meeting involving 193 countries and 150 presidents and prime ministers. Russia’s Vladimir Putin, China’s Xi Jinping, India’s Narendra Modi, the U.K.’s David Cameron, and Germany’s Angela Merkel all went. Bush, in other words, wants America to be the only unrepresented major economy at the talks. Ironic, because he has also said President Barack Obama “believes that America’s leadership and presence in the world is not a force for good.”