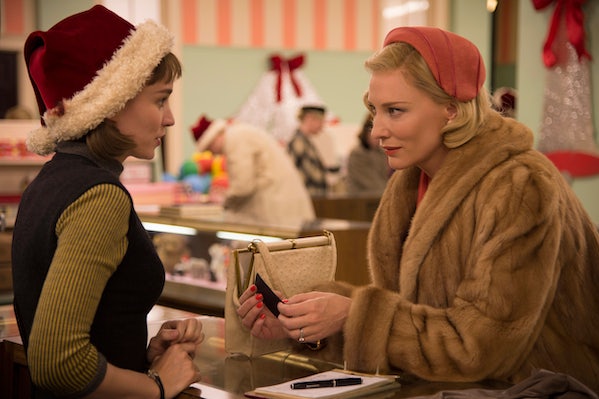 You might want to go with Carol if you want to win your Oscar pool.

If the New York Film Critics Circle Awards are anything to go by, we have a new frontrunner. The lesbian drama starring Cate Blanchett and Rooney Mara won four prizes—cinematography, screenplay, director, and film—though it’s interesting to note that both of its actresses were overlooked.

Saoirse Ronan, the 21-year-old who was already an Oscar nominee at 13 for her performance in Atonement, trumped both Carol’s Cate Blanchett and Room’s Brie Larson. And in perhaps an even more newsworthy turn, the NYFCC gave Kristen Stewart—yes, from Twilight—its official stamp of approval when it anointed her Best Supporting Actress for playing an assistant to a fading actress (Juliette Binoche) in Clouds of Sils Maria.

The NYFCC isn’t exactly an accurate bellwether for the eventual Oscar Best Picture winner—its choices line up with the Academy’s only 43 percent of the time—but when it comes to the awards horserace, any recognition is good.

Best Animated Film: Inside Out