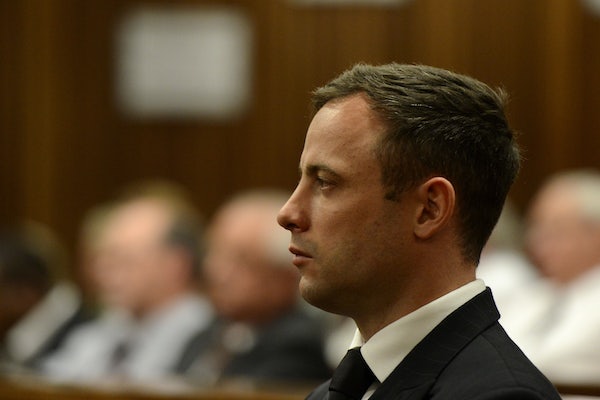 Pistorious had previously been convicted on the lesser charge of manslaughter in the shooting death of his girlfriend, Reeva Steenkamp, in the bathroom of his home on Valentine’s Day in 2013. The minimum sentence for murder in South Africa is 15 years. Pistorious had previously defended his actions by claiming that he thought Steenkamp was a burglar. Pistorious was convicted under “dolus eventualis,” a legal concept that allows someone to be “be convicted of murder if they foresaw the possibility of their actions resulting in the death of someone but continued regardless.”

In a unanimous ruling, the five-judge appeals court described the case as “a human tragedy of Shakespearean proportions: a young man overcomes huge physical disabilities to reach Olympic heights as an athlete; in doing so he becomes an international celebrity; he meets a young woman of great natural beauty and a successful model; romance blossoms; and then, ironically on Valentine’s Day, all is destroyed when he takes her life.”