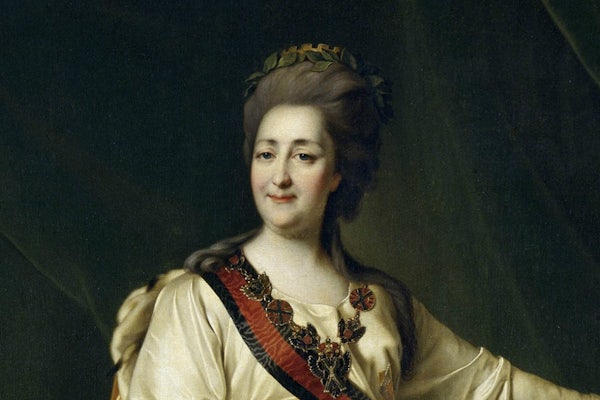 Barbra Streisand will direct a biopic about Catherine the Great, a woman she hardly identifies with.

According to the Hollywood Reporter, “The movie will focus on a young, sensual Catherine trapped in an abusive marriage with the heir to the Russian throne. But, when her inept husband proves incapable of ruling, she utilizes her intelligence, fortitude, and passion to rise to power.”

Streisand hasn’t directed a film in nearly 20 years; her last was The Mirror Has Two Faces, a film best enjoyed when you are folding laundry with your mom. But which events of the ruler’s young life will Streisand cover? One can only hope that any Hollywood biopic of Sophie Friederike Auguste von Anhalt-Zerbst, aka Yekaterina Alekseyevna, aka Yekaterina Velikaya, aka Catherine II will include her secularizing the property of the clergy, her naval victory at Çeşme in 1770, and the attempted rise of Yemelyan Pugachov, pretender to the throne. But with Streisand herself well-known to favor the influence of Grigory Potemkin, it’s anyone’s guess what will happen come Oscar season!