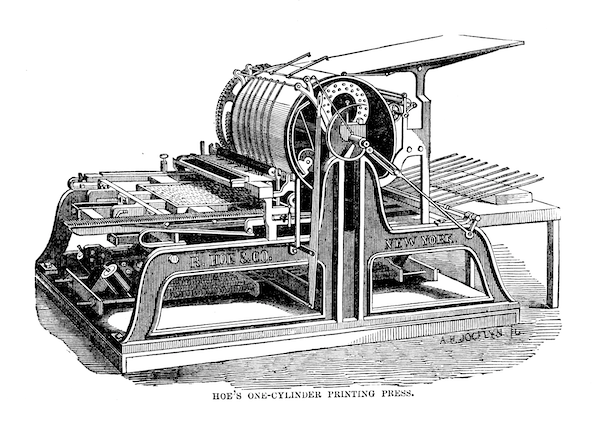 Is the pen still mightier than the sword?

The New York Times will test that theory tomorrow, in its way. The paper of record—a term, and notion, that grows more poignantly archaic by the click—will run an editorial calling for increased gun control on the front page of the Saturday print edition.

“It is a moral outrage and a national disgrace that civilians can legally purchase weapons designed specifically to kill people with brutal speed and efficiency,” the editorial reads. “These are weapons of war, barely modified and deliberately marketed as tools of macho vigilantism and even insurrection. America’s elected leaders offer prayers for gun victims and then, callously and without fear of consequence, reject the most basic restrictions on weapons of mass killing.”

The Times hasn’t published a front page editorial since 1920, through war, peace, Depression, impeachment, all manner of other events. It does not lightly move an editorial off its page.

The decision to publish the editorial in this historically freighted way is a powerful statement. I believe that the issue and the moment merit it. Yet I am also unnerved by the decision, and the fact that the Times still believes in the attendant symbolic drama of its print edition.

The words of The New York Times do still matter deeply in this country—but does the front page? What if nothing comes of the editorial? What if no movement galvanizes, Americans fail to unite against guns, and we remain, as we so often do, mired in the same ineffectual ethical morass?

If nothing happens in the days to come, the emotional force of journalism will continue its inevitable decline, only a little more rapidly, helped along by this gamble over credibility and the power of persuasion. And if the front page is shown for what I fear it to be—a relic—with what will Americans replace its faded power?

The fight to control weapons and end mass shootings will continue, editorial or no, front or back, platform or print block, I know. But this editorial is meaningful, if only from the simple fact of its rarity. So it must not be allowed to fail, to sink beneath the tidal flow of the internet. It must work.

I hope the Times succeeds, for so many reasons.