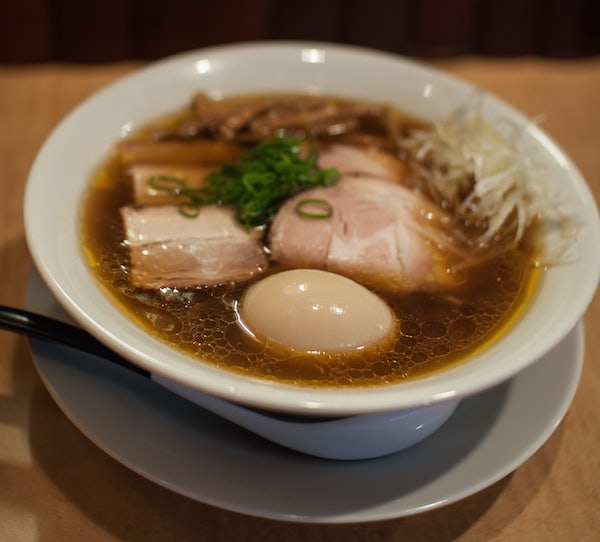 Is this the best bowl of ramen in Tokyo?

It is the shoyu ramen from Tsuta, which this week was the first ramen shop to be awarded a star by Michelin. The French company has a mixed reputation in Japan, where some chefs look down on its attempt to be an authority on what is a very proud and sometimes insular culinary scene. And it would appear that Michelin, in awarding a star to a humble ramen-ya, may now be on a slippery slope, since there are hundreds of ramen shops in Tokyo alone. Brian MacDuckston, the American proprietor of the excellent blog Ramen Adventures, has said that Tsuta offers “shoyu perfection,” utilizing a tare that blends three different soy sauces, but he tells the New Republic that at least a couple more ramen shops could be awarded stars if Tsuta is the standard, such as Motenashi Kuroki.