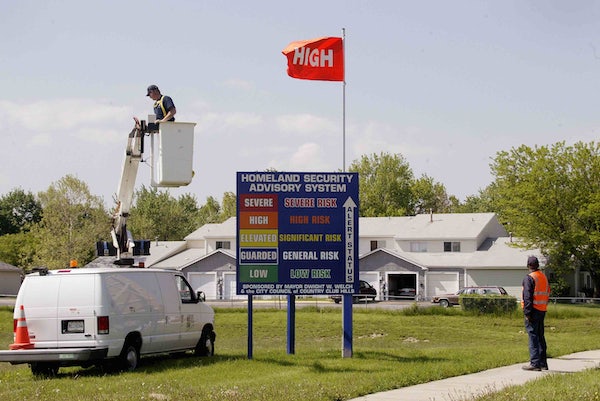 Will the Department of Homeland Security’s new terror alert system be any better than the terrible old ones?

Right now the DHS uses the National Terrorism Advisory System, which has two levels: “elevated,” when there’s credible information about a threat but no specifics on location or timing, and “imminent,” for when the DHS believes the threat is “impending or very soon.” The NTAS has never been triggered, even though there have been multiple attacks (including the Boston Marathon bombing and the San Bernardino shooting) since it was implemented in 2011.

The NTAS replaced the infamous color-coded Homeland Security Advisory System, which was so vague that the lowest threat levels (green and blue) were never used. Meanwhile, the HSAS’s “yellow” and “orange” threat levels implied a constant simmering threat and fostered an environment of fear without imparting any real intelligence to the public.

Hopefully the new system will find a happy medium between the HSAS and NTAS. Homeland Security Secretary Jeh Johnson told a defense magazine forum on Monday that the country needs “a new system that has an intermediate level to it.” Johnson said details of the new system will be announced soon.