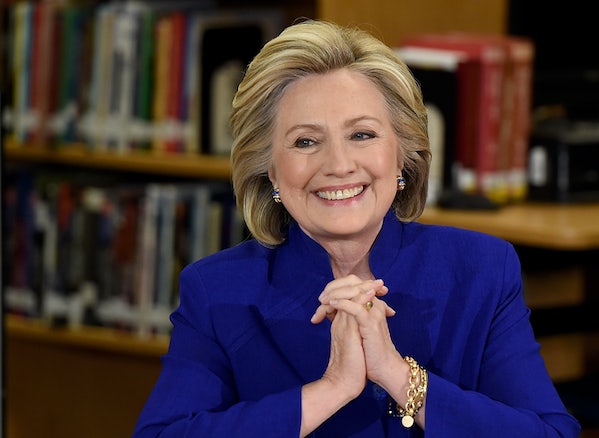 Hillaryland thinks Ted Cruz will be the GOP nominee (maybe).

The thinking has shifted in Clinton’s camp, which not so long ago was targeting Jeb Bush in early ads on the presumption that the one-time establishment favorite would ultimately weather the GOP’s unpredictable nomination contest. But at this point, it looks like Bush’s campaign will largely be remembered for a series of excellently surreal Vines and this awkward chest bump.

Now the Clinton campaign is focusing on three candidates, according to Politico: Donald Trump, Marco Rubio, and Ted Cruz. And though it’s still anyone’s guess, Clinton advisers appear to be leaning toward Cruz, who seems most likely to pick up Trump’s share of the primary vote if and when he finally goes too far.

However, the strategy to take down Cruz, should he be the nominee, is still in its elementary stages. “We’re trying to figure out, do people have a baked in feeling that he’s a nut job?” one unnamed Clintonista told Politico.