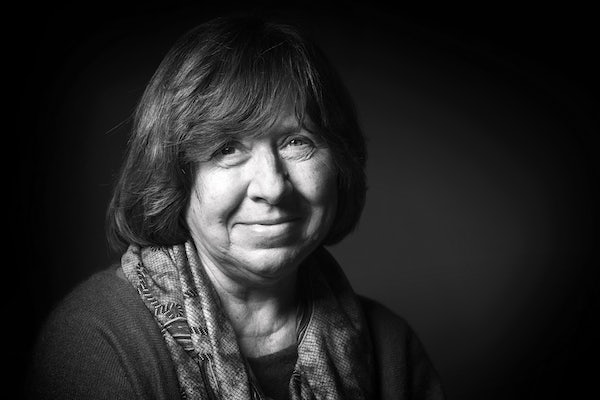 “Flaubert called himself a human pen; I would say that I am a human ear.”

Svetlana Alexievich, the Belarussian winner of the 2015 Nobel Prize in Literature, delivered her Nobel Lecture in Stockholm yesterday, both deploying and commenting on the choral style that is a hallmark of works like Voices From Chernobyl, which channels the testimonies of those who lived through that nuclear disaster. She told the Swedish Academy:

When I walk down the street and catch words, phrases, and exclamations, I always think—how many novels disappear without a trace! Disappear into darkness. We haven’t been able to capture the conversational side of human life for literature. We don’t appreciate it, we aren’t surprised or delighted by it. But it fascinates me, and has made me its captive. I love how humans talk ... I love the lone human voice. It is my greatest love and passion.

The road to this podium has been long—almost forty years, going from person to person, from voice to voice. I can’t say that I have always been up to following this path. Many times I have been shocked and frightened by human beings. I have experienced delight and revulsion. I have sometimes wanted to forget what I heard, to return to a time when I lived in ignorance. More than once, however, I have seen the sublime in people, and wanted to cry.