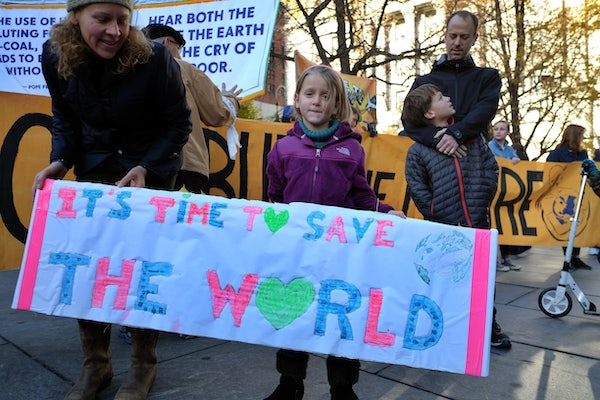 A scientist sounded the alarm on climate change 65 years ago, and The New York Times was on it.

In 1956, Dr. Gilbert Plass revived a theory that carbon dioxide contributed to climate change and warming. Plass further developed the theory in a paper in the American Scientist, which prompted a Times report on October 28, 1956, which it republished on Tuesday as the COP21 climate conference in Paris enters its final days of negotiations.

In the piece, Waldemar Kaempffert explains scientists were aware of carbon dioxide’s influence on the atmosphere as early as 1861.

According to a theory which was held half a century ago, variation in the atmosphere’s carbon dioxide can account for climatic change ... though it may take another century of observation and measurement of temperature to confirm it.

Kaempffert writes that human technology was to blame for increasing carbon dioxide in the atmosphere and explains that even small variations would “convert the polar regions into tropical deserts and jungles, with tigers roaming about and gaudy parrots squawking in the trees.”

The New Republic reported on the possibility of carbon dioxide affecting the environment as well, in a 1954 story by Bruce Bliven, “Between Ice Ages.”