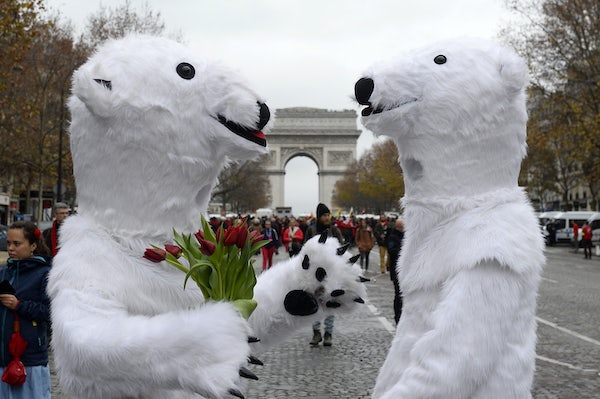 Some of the reactions to the climate agreement are incredibly melodramatic.

It’s unsurprising that, with a deal that required 195 nations to compromise, not everyone is completely happy with the outcome (which is currently awaiting final approval). Some environmental groups have hailed the deal, while others have said it falls short.

Oxfam’s Tim Gore said the world’s poorest have been “shortchanged” in the deal, according to Climate Change News. Christian Aid’s Mohamed Adow, however, said they have not been left behind. “This didn’t save the planet but it may have saved the chance of saving the planet,” said Bill McKibben, co-founder of 350.org, according to the Guardian.

The award for Most Melodramatic Statement on the Paris Agreement, however, goes to Friends of the Earth International. Some choice quotes from the group’s spokesperson Asad Rehman, according to a press release:

“The draft Paris agreement puts us on track for a planet three degrees hotter than today. This would be a disaster.”

“The reviews in this agreement are too weak and too late. The finance figures have no bearing on the scale of need. It’s empty.”

“The iceberg has struck, the ship is going down and the band is still playing to warm applause.”