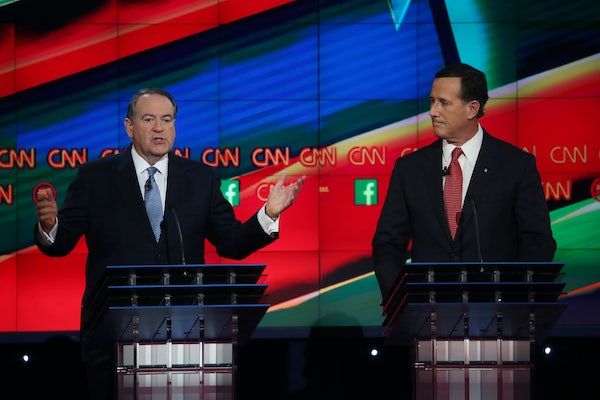 Half of the Republican candidates in the undercard debate are former Iowa winners.

Today, a month and a half until the 2016 Iowa caucuses, Huckabee is polling at 2 percent in the Hawkeye State while Santorum isn’t even in single digits. They are truly the also-rans in this dinnertime sideshow.