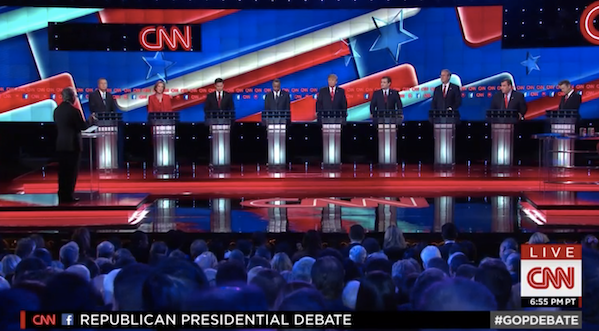 Fear of terrorism, kind of like climate change and Obamacare, is turning into another polarized issue.

Much of the Republican debate has centered on terrorism fears, which are trending issues in polls of Republican primary voters. A recent Wall Street Journal/NBC News found that 77 percent of Republicans think those are the top two issues facing the federal government. But concern drops dramatically in polls that ask whether people are actually afraid they or a loved one will be a victim of terrorism. That poll found just 29 percent personally afraid.

Drill down even further, and you see that while numbers vary, there is a running partisan breakdown. About half of Americans (51 percent) say they are “very” or “somewhat” worried someone they know will be a terrorism victim, according to a Gallup poll. And according to Public Religion Research Institute, “self-identified conservatives (51 percent) are much more likely than their liberal counterparts (38 percent) to be worried that they or someone in their family will be a victim of a terrorist attack.”