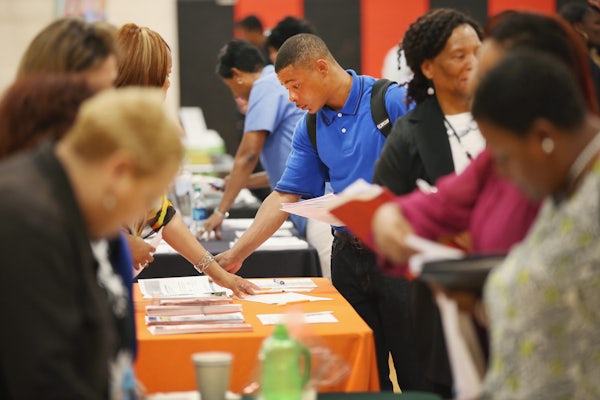 There is an old adage that is typically passed down by elder black relatives to young children: You have to be twice as good as white people.

But according to this graph from the Economic Policy Institute, the adage should be updated: You have to be twice as good as white people to get the same education, but you’ll still be twice as unemployed.

The graph shows the racial unemployment gap grows exponentially smaller with more education, but the unemployment rate for black Americans who have graduated with at least one degree is still nearly double that of similarly educated white folks.

“Being twice as good as white people” may help motivate us to get an education, but it doesn’t actually make us do as well when we’re done, at least when it comes to getting a job. It seems that  working “twice as hard” only increases the chance for us to do half as well. Not only that, but the graph points to a systemic problem that belies that part of the black respectability gospel that tells us that if we just work hard, we can achieve the same things as our white neighbors. Where has that gotten us? Here.