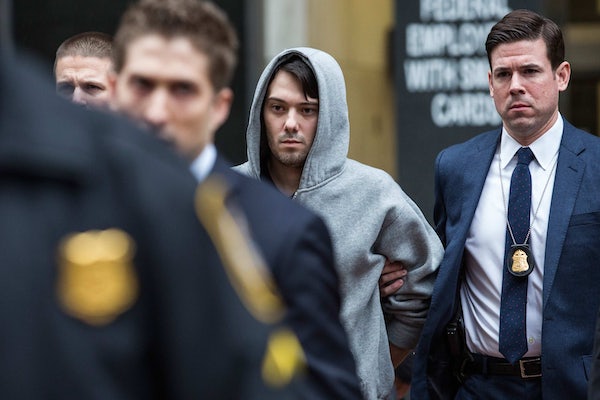 Shkreli, who was arrested Thursday on charges of securities and wire fraud and released on $5 million bail, will be replaced by the company’s board chairman, Bill Tilles. The change in leadership might mean that the company’s notoriously high drug prices finally come down. In September Shkreli jacked the prices of Daraprim, a drug for parasitic infections, up by more than $700 a pill and later reneged on promises to lower the cost. Shkreli remained CEO despite successive public outcries over his price-gouging, his purchase of the only copy of Wu-Tang Clan album Once Upon a Time in Shaolin, and a history of generally terrible behavior. Perhaps the collective internet gloating over the photos of his perp walk was the final straw.