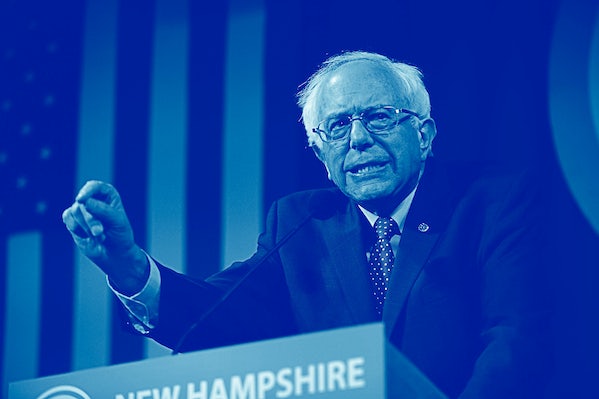 Will Bernie Sanders come out swinging on foreign policy?

In the previous Democratic debate, held just one day after the Paris attacks, the Vermont senator didn’t want to talk about the Islamic State or anything else that deviated from his core economic message. But he didn’t do a bad job when prodded. As Vox pointed out, “Sanders actually had the best performance of the three candidates on foreign policy” by articulating what steps he wouldn’t take in the fight against ISIS, specifically that he would not support regime change or maintaining “heavy military spending on non-terror threats.”

But that debate was still a colossal missed opportunity for Sanders. By staying in familiar territory, he didn’t significantly distinguish his foreign policy from Hillary Clinton’s, which, as the New Republic’s Brian Beutler argued last week, isn’t significantly different than any of the Republican candidates’.

Speaking to the New Hampshire Union Leader, Sanders said tonight would be different and that he planned on attacking Clinton’s record as secretary of state, her support of the Iraq War, and her general hawkishness on foreign policy. But even if Sanders does have a sense of urgency now—he’s slowly realizing he can’t be a one-issue candidate—his attacks on Clinton’s record may not be enough; Sanders also must articulate a broader vision for national security and the Middle East.

That may be too much to ask, given that Sanders famously doesn’t really prepare for debates. But he knows he needs to do something. So at the very least, expect him to go after Clinton’s record tonight.