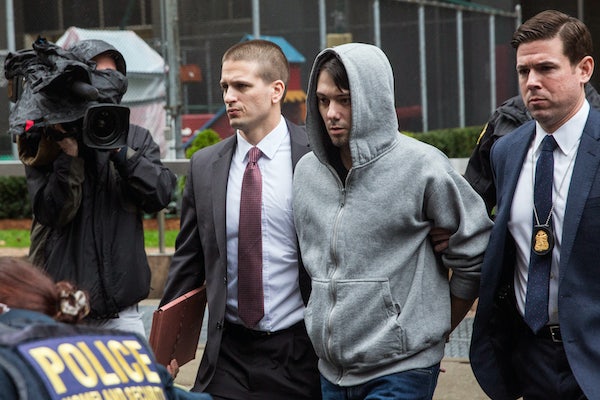 In his first interview since his arrest last week on securities fraud, the former pharmaceutical executive told the Wall Street Journal he was being targeted by U.S. authorities for, well, just being a jerk.

The 32-year-old famously drew the world’s ire for unapologetically raising the price of the drug Daraprim from $13.50 to $750 a pill. He then thumbed his nose at music fans by purchasing the only copy of the Wu-Tang Clan’s new album for a reported $2 million, and then not even listening to it. Last Thursday, the FBI swooped in and arrested Shkreli on charges related to his time as a hedge fund manager, but Shkreli says this was a mere pretense for going after his true crimes against humanity, which, he now says, was “a bit of an act.”

“What do you do when you have the attention of millions of people? It seemed to me like it would be fun to experiment with,” Shkreli told the Journal. He was arrested, he said, “because of a social experiment and teasing people over the internet.”