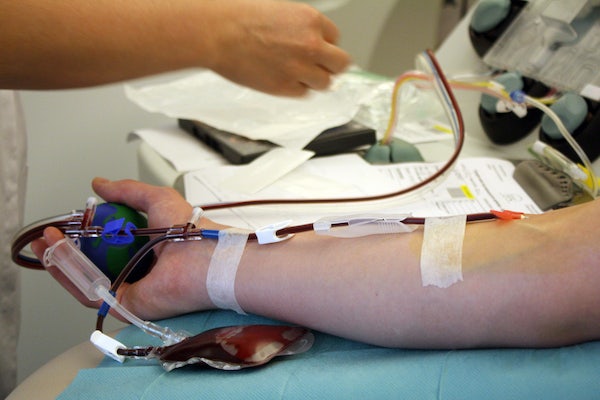 Gay men can finally donate blood, as long as they don’t get any action.

That’s essentially the new ruling from the FDA, which on Monday published a revised set of guidelines for blood donations.

Rather than maintaining its lifetime ban on gay men from ever serving as donors—a ban rooted in fear rather than science—the new guidelines allow them to donate so long has they haven’t been sexually active with another man for at least a year.

As critics were quick to point out, the change does little to end discrimination towards gay and bisexual men, who are still being told that their sexuality poses a greater risk to the public than straight men or women.

The new guideline also rejects sound science. All blood donations are tested for HIV, and the disease can be reliably detected within a few weeks of intercourse. Plus, anyone—gay, straight, men, women—can contract HIV through unprotected sex. Yet only gay men are stigmatized in this way.

On paper, the new policy might appear to be a step in the right direction. But the FDA is continuing to send the wrong message on HIV.