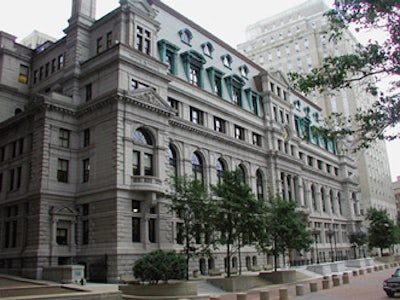 The Chief Justice of the Massachusetts Supreme Court just won the Upworthy moment of the year.

Addressing an audience of Muslims at the Islamic Center of Boston late last week, Ralph Gants set an important example for politically empowered people and condemned by example Republican politicians who fan Islamophobia for political gain.

I asked to speak with you today because I know that this is a difficult time for persons who practice the Islamic faith in this country. And I am here to assure you that you do not stand alone: you have a Constitution and laws to protect your right to practice your religion, to protect you from discrimination and the denial of your equal rights, and to protect you from acts of violence that might be committed because of your religion or your nation of origin. And as the Chief Justice of the highest court in Massachusetts, as one who has sworn to uphold that Constitution, and whose job it is to interpret its meaning, and, where appropriate, to enforce it, it is only fitting that I be the one to bring you that message.

You can watch his full remarks below.