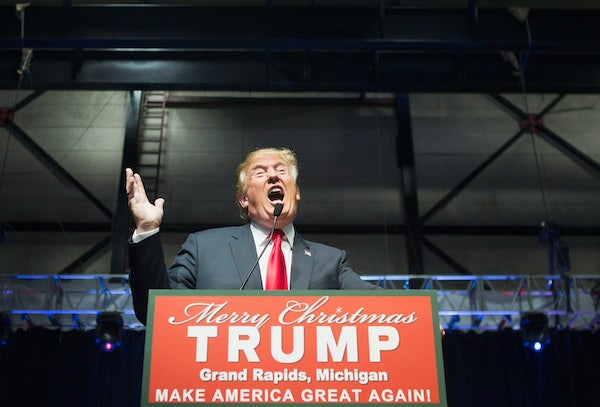 Donald Trump might be a putz, but he’s not meshuggeneh.

The leading Republican presidential candidate injected a crass, sexualized Yiddish word into national politics while speaking in Grand Rapids, Michigan, on Monday night. Describing how Hillary Clinton was defeated by Barack Obama in 2008, Trump said, “She was favored to win and she got schlonged, she lost.” Since schlong means a very large penis, the remark seems aimed at Clinton’s gender (and possibly also Barack Obama’s race, given sexual stereotypes about black men).

Mainstream political analysts might think that Trump has finally gone over the line here, and that he will finally suffer a loss of support for his vulgarity. Yet as outrageous as they are, Trump’s remarks are in keeping with the strategy that has made him the frontrunner for nearly half a year. His brand is authenticity: He’s willing to say what he thinks, while everyone else is being politically correct. Trump’s hard-core fans will not abandon him over this. They are in it for the schlong haul.