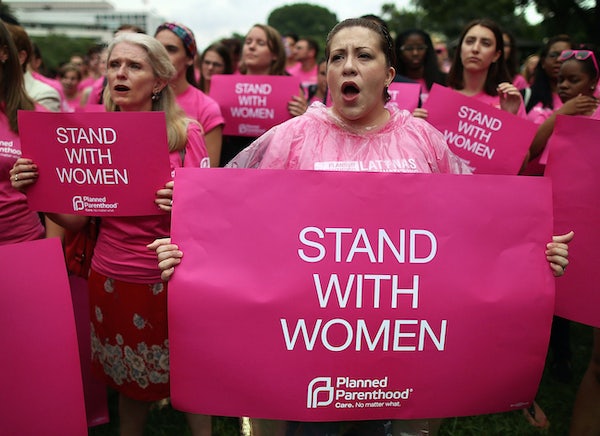 The first national abortion poll conducted since the November 27th Planned Parenthood shooting in Colorado Springs finds that American support for abortion rights is at a two-year high.

In the AP-GfK poll, 58 percent of Americans think abortion should be legal most or all of the time, up from 51 percent at the beginning of the year. 40 percent of Republicans support legal abortion, compared to 35 percent in January. Democratic support has also spiked up from 69 to 76 percent.

The news couldn’t come soon enough. It’s been a terrible fall for Planned Parenthood, with the release of misleading videos about fetal organ sale, Republican efforts at both state and federal levels to block funding for the organization, and the deadly shooting in Colorado.

The Republican presidential primary is fueling the flames. In a September debate, Carly Fiorina described seeing a video from a Planned Parenthood clinic of an aborted fetus with “its heart beating, its legs kicking” while clinicians tried to keep it alive “to harvest its brain.” That video, of course, does not exist.