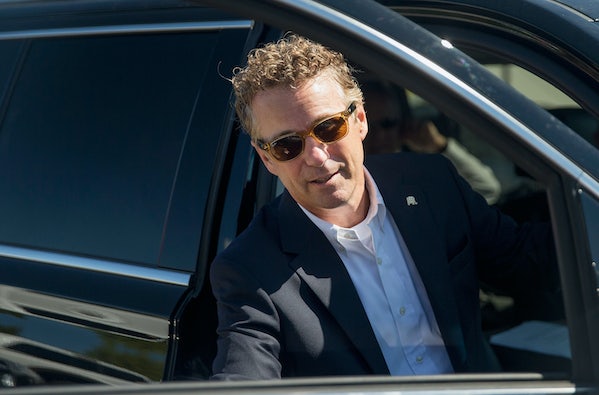 ’Twas the night before Festivus yesterday, and the Kentucky senator may have gone to bed with visions of meatloaf-on-lettuce dancing in his head. Or maybe he read this Politico article that dropped shortly after 10 p.m.—

The criteria for the next Republican debate could shrink the debate stage to just six candidates, potentially pushing John Kasich, Carly Fiorina and Rand Paul out of the main event and into the undercard debate, POLITICO has learned.

—and woke up resolved to do something about it. In the spirit of the holiday, he aired his grievances against the other candidates on Twitter. A few were funny! If Paul is demoted to the undercard debate on January 14, here’s hoping he live-tweets the main event.