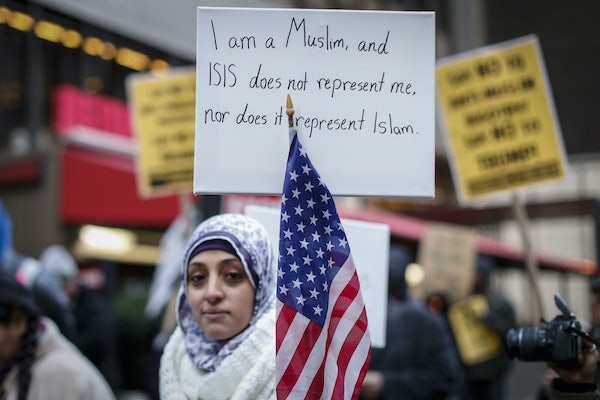 Americans want religious freedom for Christians, not so much for Muslims.

According to a new poll from The Associated Press and the NORC Center for Public Affairs research, Americans believe some groups are far more deserving of religious liberty than others:

Eighty-two percent said religious liberty protections were important for Christians, compared with 61 percent who said the same for Muslims. About seven in 10 said preserving Jews’ religious freedom was important, while 67 percent said so of Mormons. People who identified with no religion were ranked about even with Muslims in needing support to live out their beliefs.

The findings shouldn’t be too surprising giving that Americans have a generally negative view of Muslims and believe that Islam makes its adherents more prone to violence than any other religion, as two surveys from the Pew Research Center found last year. But it cuts against the foundational idea that the First Amendment’s promise of religious liberty should be extended to everyone.

While Republicans have unabashedly embraced anti-Muslim rhetoric, the dim view of Muslims’ freedom to worship cuts across party lines: