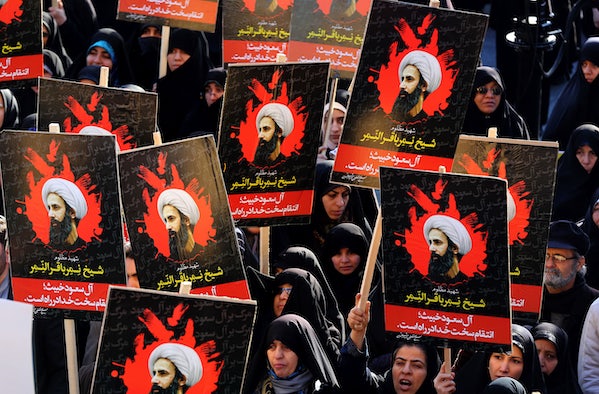 Saudi Arabia’s foreign minister doesn’t get why everyone is so upset about all of those executions.

Over the weekend, 47 people were executed in Saudi Arabia: 43 alleged members of al Qaeda and four Shia Muslims, including a popular nonviolent Shia cleric and his teenage nephew. While the reaction in Iran has dominated headlines—Saudi Arabia announced on Sunday that it was cutting diplomatic ties after protestors in Tehran set fire to its embassy there—the executions were condemned around the globe.

The United States and Germany expressed concern; Labour Party leader Jeremy Corbyn called on David Cameron to intervene. In the Middle East, particularly in the majority Shia countries of Iraq, Lebanon, and Iran, the response was more forceful—the head of Iraq’s Dawa party, for instance, urged the country’s government to cut diplomatic ties with Saudi Arabia and “execute all Saudi terrorists in Iraqi prisons.”

But Saudi Arabia doesn’t seem to see what all the fuss is about. Speaking to Reuters on Monday, Saudi Foreign Minister Adel al-Jubeir said that Iran—not the executions—was responsible for the growing tension between the two countries. “There is no escalation on the part of Saudi Arabia. Our moves are all reactive. It is the Iranians who went into Lebanon. It is the Iranians who sent their Quds Force and their Revolutionary Guards into Syria,” he said.

Jubeir was less defensive about the executions themselves: “We should be applauded for this, not criticized.”