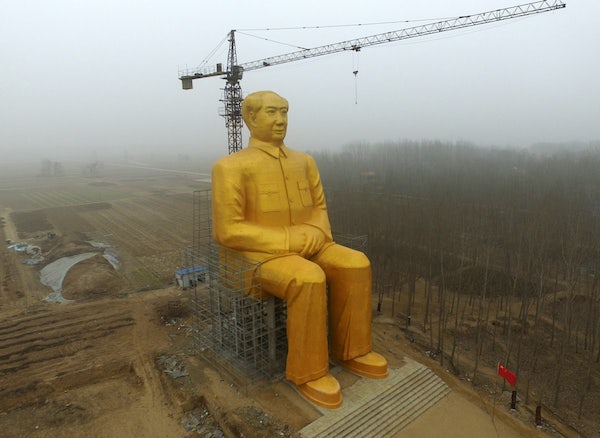 This enormous, golden statue of Mao shows that his personality cult is alive and well.

The gilded monument rises above desolate fields in Henan Province, the work of local entrepreneurs who completed the nine-month project in December. It comes amidst a revival of sorts for the Communist leader, who has been praised by President Xi Jinping as “a great figure who changed the face of the nation and led the Chinese people to a new destiny.” Images of the statue spread rapidly on Chinese social media, where commenters were quick to note that Mao, in fact, was responsible for the deaths of tens of millions of people. “Have you forgotten about the Great Famine, building that?” one user posted on the Twitter-like service Weibo. While the statue gives the impression of being made of solid gold, it is actually steel and concrete under its gaudy exterior.