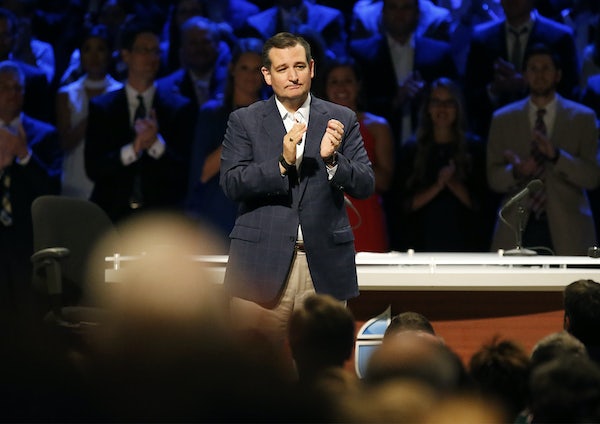 As the remaining GOP contenders have ramped up their primary campaigns in pivotal states like Iowa and New Hampshire, attack ads have taken aim at the religions bonafides of Iowa frontrunner Ted Cruz.

Though Cruz attends a Southern Baptist church and identifies as such, competitors for the Republican nomination have called his Christian commitments into question. At a campaign event in late December, Donald Trump provocatively contrasted Cruz’s Cuban heritage with his professed Evangelicalism: “Just remember this—you gotta remember, in all fairness, to the best of my knowledge, not too many evangelicals come out of Cuba, okay? Just remember that … just remember.”

Others, like Ben Carson spokesman Armstrong Williams, have been more direct about their doubts. “There are a lot of people who talk a good game about their faith, including Mr. Trump and Mr. Cruz,” Williams recently told CNN. “Dr. Carson lives it.”

Cruz’s Christian commitments have been cast into doubt by a recording made during a closed-door Manhattan fundraiser that features Cruz saying opposition to same sex marriage is not among his top three priorities. A Huckabee attack ad now contains the recording, which has, according to CNN, prompted some voters to turn their attentions from Cruz to his competitors.