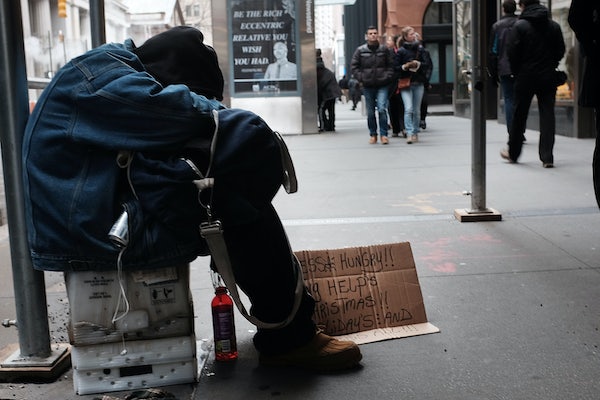 Andrew Cuomo thinks homelessness is neither “an economic problem” nor “a complicated problem.”

Without delving into what political problems might not qualify as human, Cuomo went on to argue:

The homeless problem says to each of us, how do you believe we should treat one another? It says to society, what do you do for people who are down on their luck and need help? You let them sleep on the streets? Do you put them in disgusting shelters where they would rather stay on the street than go into the shelter? Do you ignore them? What do you do?

Greater empathy toward homeless people is necessary and appropriate, especially since homeless people are often victims of violence. But all of the solutions Cuomo implies, from creating living-wage jobs to providing affordable and decent shelter, are by nature economic. How resources are distributed throughout society is, after all, one of the primary question of economics, and also deeply human.