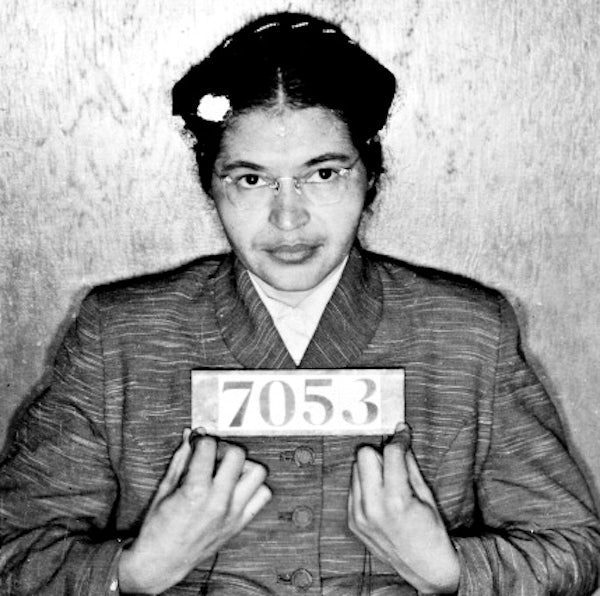 Editor’s note: The tweet in question appears to have come from a hoax account. We regret the error.

The Nevada rancher, who is leading the band of armed seditionists who took over the headquarters of a federal wildlife refuge in Oregon last Saturday, tweeted this Tuesday night.

There are layers to this.

Nearly two years ago, Ammon’s father, Cliven, got cable-news famous for his dispute over the use of government-owned land. In a New York Times interview, the elder Bundy pondered whether the “Negro” was better off in slavery. But the man whose supporters threatened federal rangers with rifles also invoked both Parks and Dr. Martin Luther King, Jr., two nonviolent activists, to defend himself.

There’s a sick logic to this. Parks’s defiance on that bus is a seminal moment in American history, and as such, she is frequently lauded as a role model. However, the line between praise and co-opting is a thin one, and conservatives like the Bundys often cite civil rights champions to contextualize themselves within a classic American activist narrative. They do it to make themselves the heroes.

A structurally racist nation that views black people as inherently dangerous also has black faces as its template for heroism. This happens because we allow those two figures to be treated less as human beings than avatars, stripped of their three dimensions and easily employable whenever you’re in a pinch.