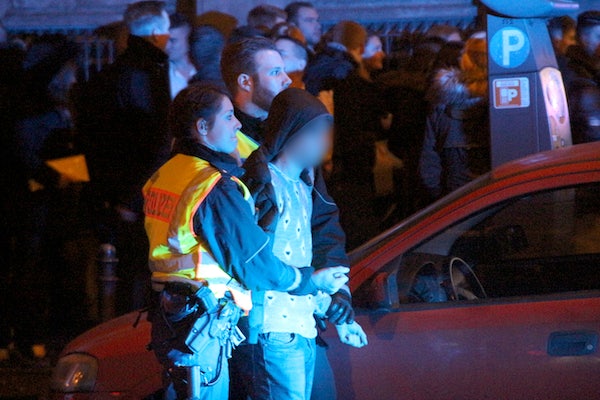 German police have reported that hundreds of men mugged and groped young women during New Year’s celebrations in Cologne. The young men, described by the northwestern city’s police president as being “largely from the North African or Arab world,” supposedly surrounded groups of women and refused to let them pass. Some then groped the women, while others stole their valuables. Police have received 90 complaints, including one accusation of rape. Similar attacks occurred on a smaller scale in Hamburg.

Tensions had been simmering for months over Chancellor Angela Merkel’s open-door policy, but this incident has become a lightning rod for the country’s unease over taking in one million refugees over the past year. The police have insisted that the attackers were not new arrivals, but their physical description, and reports that they spoke neither German nor English, have stoked fears that the country is ill-prepared for the social ramifications of its refugee policy.

Pegida, the far-right, anti-Islam group, is already looking to capitalize politically on the attacks. The group will hold a rally outside the Cologne train station, where the attacks largely took place, this Saturday.