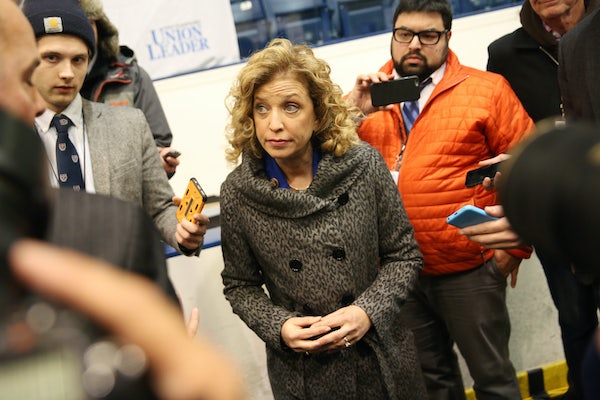 What does Debbie Wasserman Schultz have against millennial women?

In an interview with The New York Times Magazine, the DNC chairwoman was asked if she’s noticed a generational divide among female supporters (and detractors) of Hillary Clinton. Wasserman Schultz responded, “Here’s what I see: a complacency among the generation of young women whose entire lives have been lived after Roe v. Wade was decided.”

Well, hold up. Complacency isn’t quite the word I would use. Young women have been engaged in Clinton’s campaign every step of the way. Young women have also been the ones to call out Clinton’s own complacency on her criminal justice record and on her tone-deaf attempts at Latino outreach.

Some might be willing to give Wasserman Schultz the benefit of the doubt on this condensed, fluffy interview that confusingly includes a list of her “five favorite clean-cooking ingredients.” But I’m going to complacently stick with my first reaction: yikes.