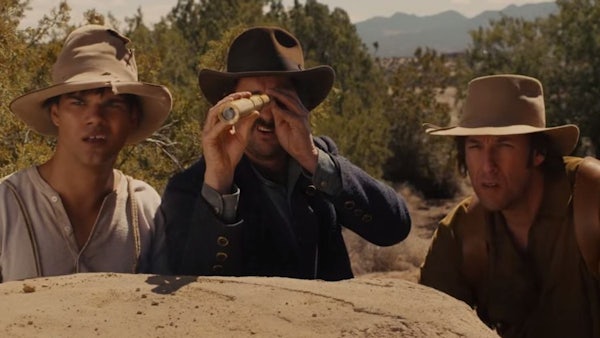 Netflix claims its most watched movie of all time is that Adam Sandler movie everybody quit because it was racist.

According to The Verge, Netflix’s CEO Reed Hastings said The Ridiculous Six, in its first 30 days on Netflix, has already become “the most-watched movie in the history of Netflix.” COO Ted Sarandos added, “It’s also enjoyed a spot at #1 in every territory we operate in, and in many of them it’s still #1.”

No one thinks The Ridiculous Six is good—it has a 0 percent fresh rating on Rotten Tomatoes, meaning it hasn’t gotten a single good review—but that hasn’t stopped the film from becoming the streaming service’s most viewed movie ever, a distinction that includes both original and licensed programming.

Of course, the “most popular” designation may be one to take with a grain of salt. Netflix is very secretive about its ratings—it even keeps them hidden from the actors and directors of the shows and films it produces.

But if this is true, then deduction tells us that The Ridiculous Six is also the most Netflix and chilled film of all time and that’s gross.