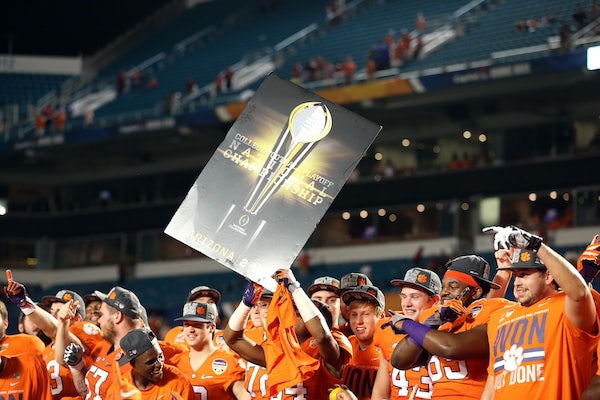 The “worldwide leader in sports” paid $7.3 billion for exclusive broadcasting rights for the playoffs through 2025, and while the first year was hugely successful, this season’s semifinal games saw massive declines in viewership.

What gives? Unlike last year, when the games were broadcast on New Year’s Day, the College Football Playoff committee insisted that the games be played on New Year’s Eve, in direct competition with various holiday festivities.

ESPN and the College Football Playoff committee hoped to make New Year’s Eve synonymous with college football in the same way Thanksgiving is with the NFL. Instead, ratings plummeted 40 percent. Predictably, advertisers are not pleased. Industry insiders say ESPN is now negotiating as much as $20 million in “makegoods” to advertisers who were given ratings guarantees that never materialized.

Unfortunately for ESPN, the playoffs are once again scheduled for New Year’s Eve 2017, and six more years after that.