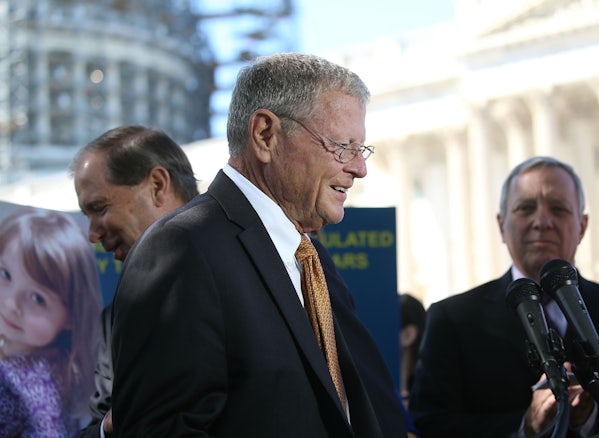 This endorsement secures Marco Rubio’s spot as 2016’s most dangerous candidate for the climate.

Before the Florida senator earned an endorsement over the weekend from James Inhofe, the chair of the Senate Committee on Environmental and Public Works, he was already the presidential field’s most destructive candidate for the planet. Throughout the race, he’s been adamant that the U.S. is better off ignoring climate change than reducing its reliance on fossil fuels, though Rubio tries to present this policy as a moderate approach.

Inhofe’s endorsement, however, should put to rest any doubt that Rubio deserves the title. Inhofe is best known for advocating that climate change is a hoax. In his endorsement, Inhofe called Rubio a solid conservative who is the strongest “candidate when matched up with Hillary Clinton,” citing his foreign policy experience.

Inhofe, who endorsed Rubio during his first Senate bid in 2010, also said, “Marco and I have shared, similar values, such as working for a smaller federal government and putting an end to wasteful spending.” That includes “fighting unnecessary government regulations in order to create real economic growth rather than the current stagnant condition of our economy”—a reference to Inhofe’s quest to undo the Environmental Protection Agency’s climate regulations.